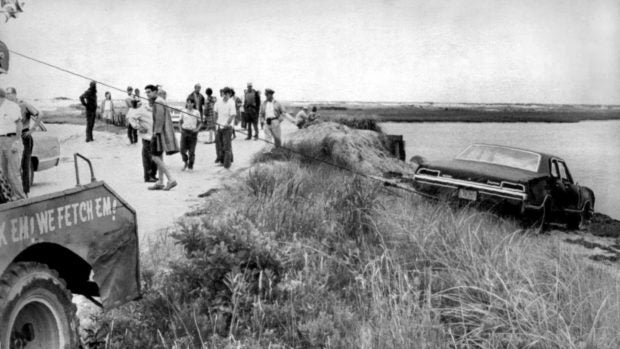 In this July 19, 1969 file photograph, U.S. Sen. Edward Kennedy’s car is pulled from the water at Edgartown, Mass. Mary Jo Kopechne was drowned after Kennedy drove his car off Dyke Bridge on Chappaquiddick Island. It’s been 50 years since the fateful automobile accident that killed a woman and thwarted Kennedy’s presidential aspirations. (AP Photo, File)

BOSTON — The crash ended a young woman’s life, and with it, a man’s White House dreams.

U.S. Sen. Edward M. Kennedy’s Oldsmobile sedan veered off a narrow bridge on Chappaquiddick Island, an extension of the resort island of Martha’s Vineyard off the Massachusetts coast, and plunged into a moonlit pond 50 years ago Thursday. His passenger, 28-year-old Mary Jo Kopechne, drowned.

Kennedy, 37, survived, but his presidential ambitions did not. The Massachusetts Democrat waited 10 hours to report the accident to the police, and the “whys?” dogged him for the rest of his days.

Half a century later, what did and didn’t happen on Chappaquiddick Island on July 18, 1969, continues to fascinate and frustrate.

“Every time there’s an anniversary, it’s like it happened yesterday,” Leslie Leland, who served as foreman of the grand jury that investigated, told The Associated Press in a telephone interview from his home on the Vineyard.

Now 79, Leland was a young pharmacist on the island when he was swept up in the aftermath. He recalls getting death threats and 24-hour police protection and said he is still frustrated by the judge’s refusal to subpoena anyone who was at the party or share key investigative documents – stymieing the grand jury’s efforts to determine whether Kennedy had been drinking. 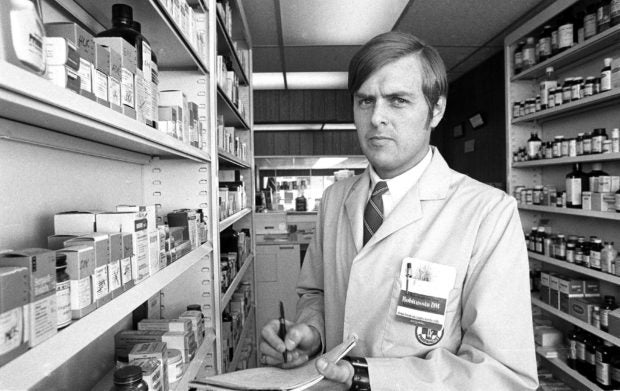 In this March 28, 1970 file photograph, Leslie H. Leland, a druggist and foreman of the Dukes County grand jury, poses for a portrait in Vineyard Haven, Mass. on Martha’s Vineyard. Leland was in charge of the jury conducting an independent probe into the death of Mary Jo Kopechne, who died when a car driven by U.S. Sen. Edward M. Kennedy, D-Mass., plunged off a bridge on Chappaquiddick Island. It’s been 50 years since the fateful automobile accident that killed a woman and thwarted Kennedy’s presidential aspirations. (AP Photo/J. Walter Green, File)

“I was young, and I believed in the system,” he continued. “I believed everyone played by the same rules. I learned they don’t.”

Kennedy was driving after a party when his car flipped into the chilly waters, trapping Kopechne inside. She had been a campaign worker for Kennedy’s brother, Robert, who was assassinated the previous year in Los Angeles during California’s Democratic presidential primary.

Kennedy, who managed to free himself from the submerged vehicle, said he tried in vain to rescue Kopechne. He later described his failure to report the accident to the police for 10 hours as “indefensible,” attributing the delay to exhaustion, shock, and a concussion.

The nation, too, was shocked. But it was also distracted by the historic Apollo 11 moon landing, which eclipsed news coverage. Kennedy, who insisted he hadn’t been drinking, pleaded guilty to leaving the scene of an accident and received a suspended sentence of two months in jail. He was never indicted.

For Kopechne’s family, bitterness has given way to a desire to honor her memory by telling her story and awarding scholarships in her name to bright young students, said William Nelson, a cousin born three years after she died. Kopechne’s father died in 2003; her mother died in 2007.

“We’ve shifted into trying to have Mary Jo’s life mean something,” said Nelson, of Slatington, Pennsylvania. “She was kind of glossed over as the girl in the car. It was all about Ted Kennedy. She would have gone on to do great things.”

Kopechne’s commitment to civil rights drew her to Robert Kennedy’s campaign. Relatives believe she would have pursued more activism and perhaps a political career of her own.

“Mary Jo was ahead of her time for women in 1969, so I’m pretty sure she would have pioneered a new path for women in Washington,” Nelson said. “The true tragedy of that night in Chappaquiddick is she never got that chance.” 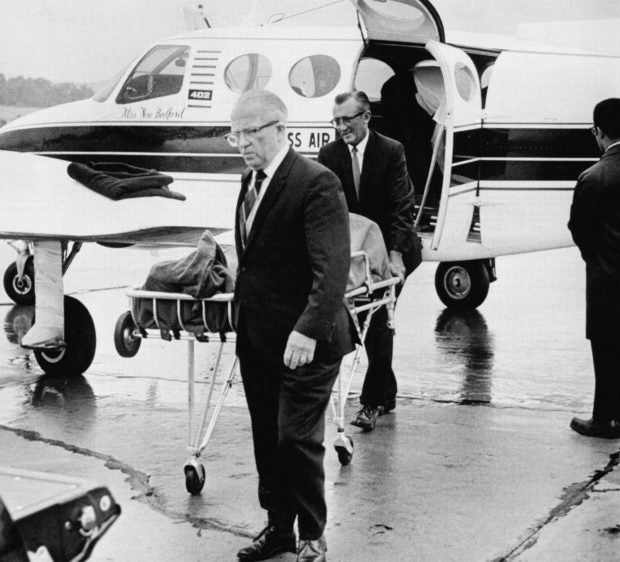 In this July 20, 1969 file photograph, undertakers wheel the body of Mary Jo Kopechne, 29, to a waiting hearse at the Scranton-Wilkes Barre airport in Scranton, Pennsylvania. Kopechne drowned after a car driven by U.S. Sen. Edward Kennedy plunged off a bridge on Martha’s Vineyard. It’s been 50 years since the fateful automobile accident that killed a woman and thwarted Kennedy’s presidential aspirations. (AP Photo, File)

And what of Kennedy’s own legacy?

Were it not for Chappaquiddick, Kennedy may well have been the Democrat who denied Richard Nixon a second term in 1972. But he didn’t dare run then, and a later presidential campaign in 1980 fizzled.

“The phenomenon of the personal becoming political began with Chappaquiddick,” said Patrick Maney, a Kennedy expert, and professor of political science at Boston College. “There was something different in American politics after Chappaquiddick than there was before.”

Even so, Kennedy went on to serve another four decades in the Senate, where he was one of the nation’s longest-serving and most influential legislators of the 20th century, securing his place in the pantheon of American politics. 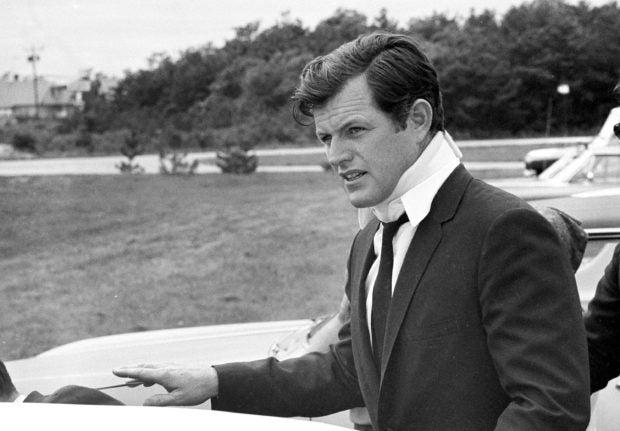 In this July 22, 1969 file photograph, U.S Sen. Edward Kennedy, D-Mass., arrives back home in Hyannis, Mass., after attending the funeral of Mary Jo Kopechne in Pennsylvania. Kopechne drowned when a car driven by Kennedy went off a bridge on Chappaquiddick Island, at the eastern end of Martha’s Vineyard. It’s been 50 years since the fateful automobile accident that killed a woman and thwarted Kennedy’s presidential aspirations. (AP Photo/Frank C. Curtin, File)

In “True Compass,” a memoir published shortly after his 2009 death, Kennedy called Chappaquiddick “a horrible tragedy that haunts me every day of my life.”

Not surprisingly, nothing is planned to mark Thursday’s anniversary at the Edward M. Kennedy Institute for the United States Senate, erected in his memory in the shadow of the John F. Kennedy Presidential Library & Museum in Boston.

On its website, Chappaquiddick – which inspired a 2018 film of the same name – appears only in a few obscure interviews conducted as part of an oral history project. /kga