DepEd: ‘Lumad’ schools not yet closed but permits suspended 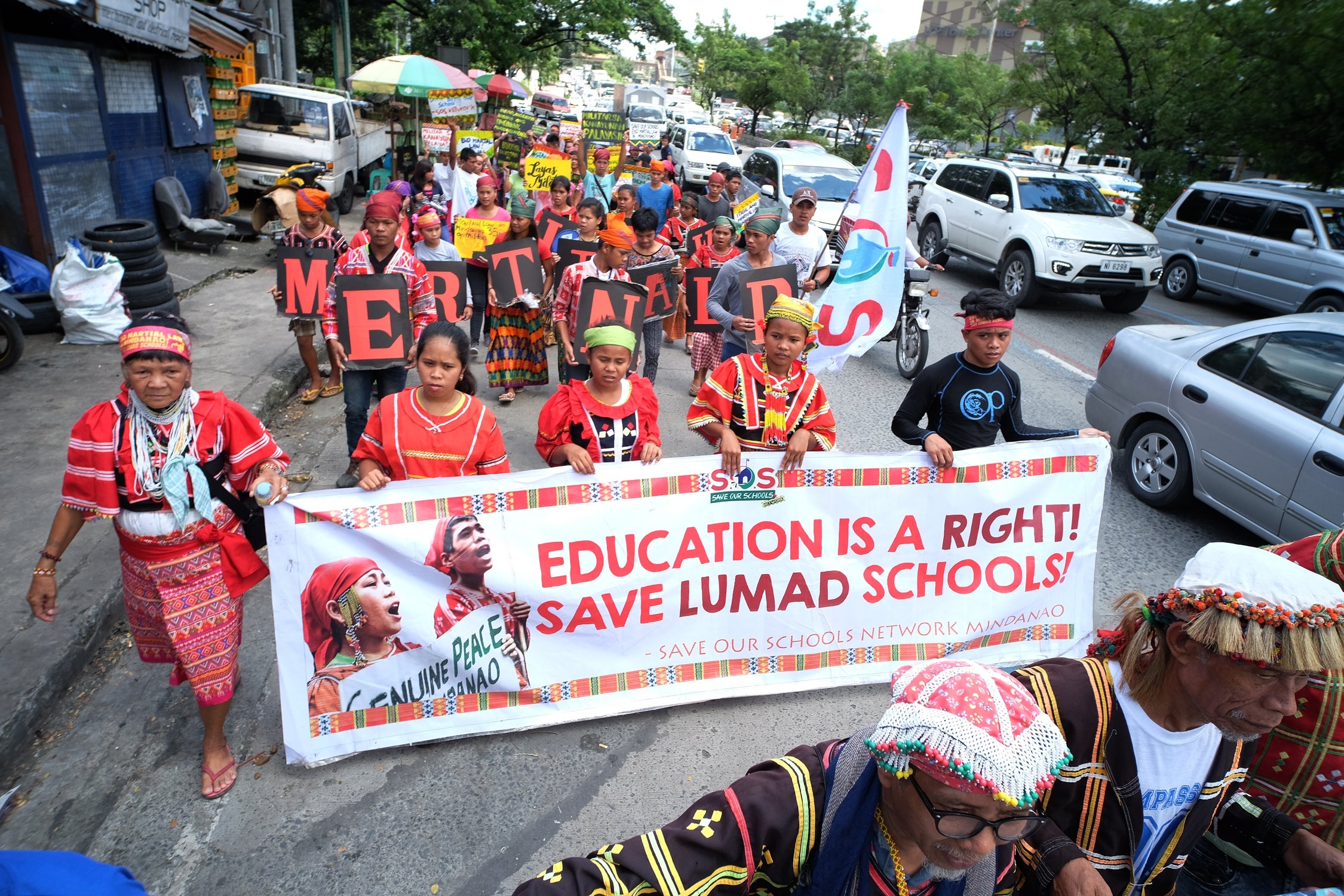 Jenelito Atillo, spokesperson for the DepEd in Southern Mindanao, said the order issued by the department on Wednesday only suspended the release of permits to operate to the nonprofit Salugpongan Ta’Tanu Igkanogon Community Learning Center Inc. for 55 lumad schools in the Davao region.

“There’s no closure order yet. I don’t know where they [got] that information,” Atillo said.

The order, signed by DepEd regional officer in charge Evelyn Fetalvero, also directed Salugpongan to facilitate the transfer of the lumad schools’ students to the nearest DepEd schools.

“The order [required Salugpongan] to initiate the transfer of students to nearby public schools because we are sure there are public schools where they can go. That’s the part of Salugpongan, but [on the part of the] DepEd, we will do what we can do to ensure that all these children will be accepted,” Atillo said.

He did not explain why the students had been ordered transferred if the lumad schools were not being shut down.

Meggie Nolasco, executive director of Salugpongan, said the schools, which have been operating for 10 years, provided education to lumad children who lived in remote communities.

She said most of the DepEd schools were located quite far from lumad communities. The children, she added, ended up dropping out before the school year was over because of the distance.

“They had to walk 3 kilometers to school and they had a hard time coping with the requirements,” Nolasco said.

She said the allegations of National Security Adviser Hermogenes Esperon Jr. against the schools had no basis.

The DepEd order cited a report by Esperon alleging that the schools deviated from the department’s curriculum, used children in protests, and taught them “ideologies that advocate against the government.”

It said Esperon also submitted a statement from Melvin Loyod, whom Nolasco described as a “former pupil and parateacher,” claiming that teaching materials at the schools included the anthem of the communist New People’s Army, firearm instruction, and directions for ambushing military troops.

Nolasco said Esperon’s allegations were based only on Loyod’s statement.

Nolasco said the schools had complied with all DepEd requirements.

On Sunday, progressive groups denounced the DepEd order, calling it unjust and a denial of lumad children’s right to education.

Save Our Schools (SOS), a network of children’s rights advocates, called the DepEd a rubber stamp for the military, which has been accused of numerous rights violations in indigenous communities.

SOS slammed the DepEd for anchoring its decision on a report that was “full of lies.”

Salugpongan said it would appeal the order.

On Monday, Atillo said Salugpongan would be accorded due process and required to explain its side, after Esperon accused it of teaching lumad children to fight the government.