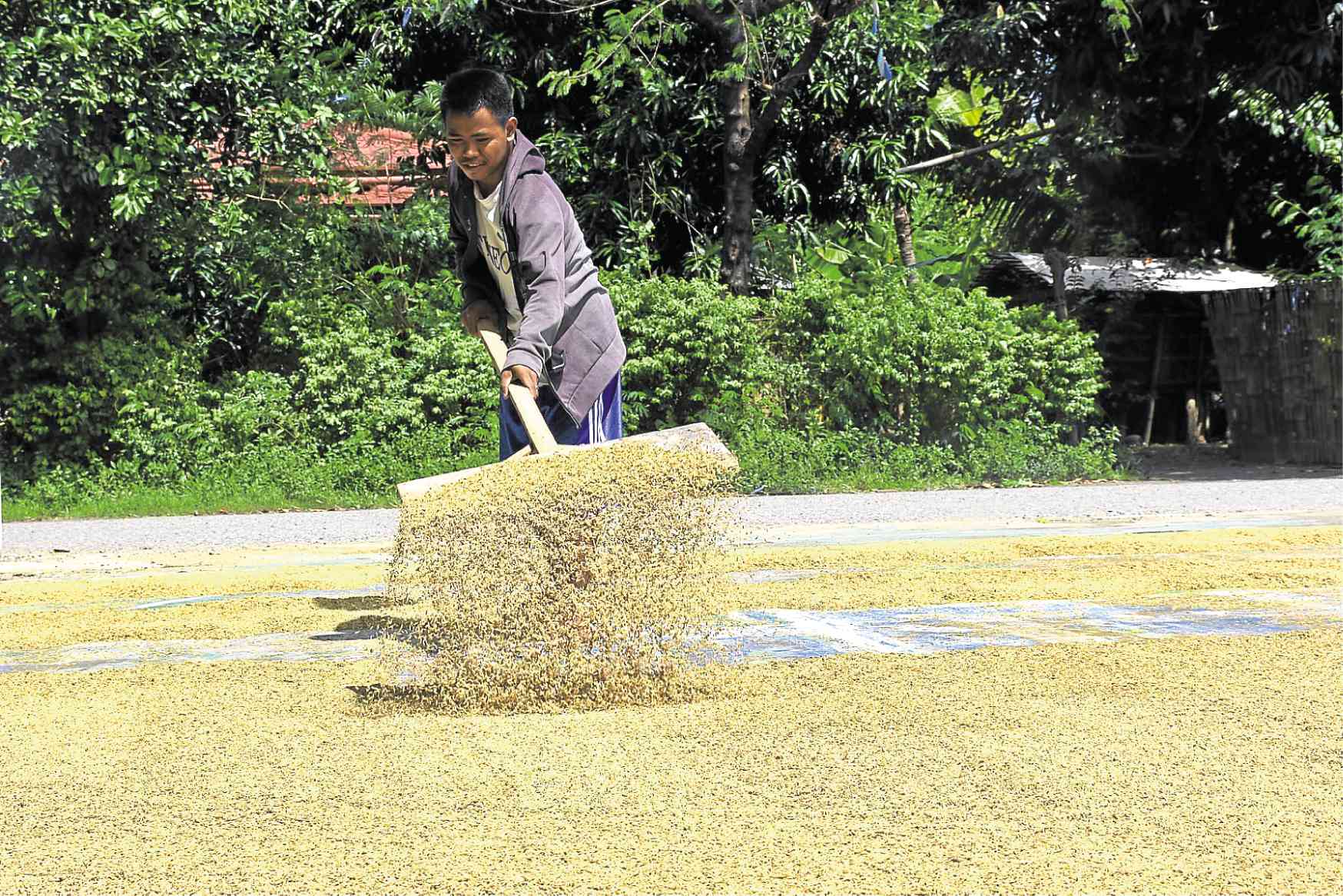 PRECIOUS GRAINS A farmer in Lingayen, Pangasinan, dries his palay (unhusked rice) on a pavement due to lack of modern drying facilities in the province. —WILLIE LOMIBAO

DAGUPAN CITY, Pangasinan, Philippines — The farm gate price of palay (unhusked rice) in Pangasinan province has continued to drop, causing farmers to struggle in keeping up with rising production cost.

Ponciano Onia, a farmer-trader from Balungao town, said the buying price of newly harvested palay had dropped to P13.50 per kilogram since last week, down from P15 a kilo during the summer harvest.

Onia said the current price was barely enough to cover the high cost of pesticides and expensive manual labor.

“It’s almost a break-even point. For every planting season, we spend around P40,000 for seeds, inputs and labor,” he told the Inquirer on Monday.

He said a farmer could only earn P3,500 a month during one harvest period, which lasts for four months.

Records from the Philippine Statistics Authority (PSA) showed a downtrend in the palay prices since last month.

In an advisory issued on July 5, the PSA said the average farm gate price of palay in the country was at P17.85 a kilo since the fourth week of June.

Local farmers said the lack of rain in recent weeks resulted in low rice yield, which also affected their income.

“The situation is worse in unirrigated rice farms that are dependent on rain. If there’s no rain during the booting stage, then most grains would be empty and the harvest would be minimal,” Onia said.

“Apart from spending P2 for each NFA sack and paying more for transporting the palay to the NFA warehouse, payment for our produce is usually delayed,” Onia said.

In May, palay was also sold to rice traders for as low P13 a kilo, said Oftociano Manalo, former president of the Pangasinan Federation of Irrigators’ Association.

Manalo said the price drop was caused by the rice tariffication law, which opened the country to unimpeded importation of cheap rice that had been flooding the local market.

According to the PSA, the average farm gate prices of palay have been declining since January as rice traders fear that cheap imports will flood the local market due to the liberalization of the rice trade.

Under the law, an annual subsidy of P10 billion is allotted for the development of the rice industry.