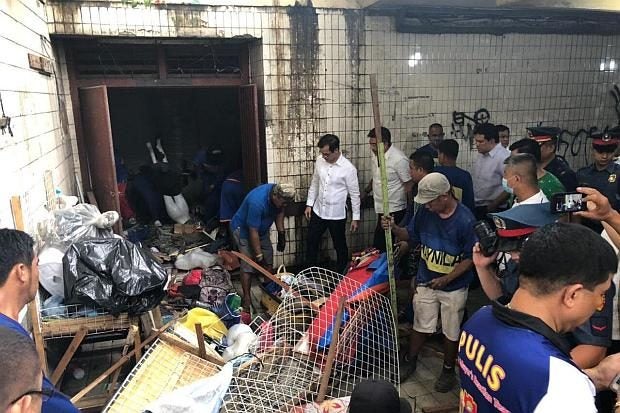 Manila Mayor Isko Moreno inspects the progress of the cleanup of Lagusnilad. (Photo from the Manila Public Information Ofice)

MANILA, Philippines — The Manila City government has removed of stalls along the City Hall Underpass, also known as the Lagusnilad Underpass.

Prior to Moreno’s arrival, city hall personnel had already started dismantling the stalls along the underpass.

“Ipalinis lahat ah. Paliguan niyo,” Moreno told those conducting the clearing operations as he continued to inspect the underground walkway.

LIVE: City Hall underpass being cleared of any obstruction

Another set of photos showed city hall personnel scrubbing the tiles of the underpass and removing dirt off its floors.

LOOK: Cleaning operations being conducted at the City Hall underpass(Photos by Christian Turingan/MPIO)#BagongMaynila

Monday’s cleanup of the underpass is the latest in the series of clearing operations, first at Divisoria in Tondo and then at the Andres Bonifacio Shrine in Ermita.

LOOK: Bonifacio Shrine in Manila gets a makeover