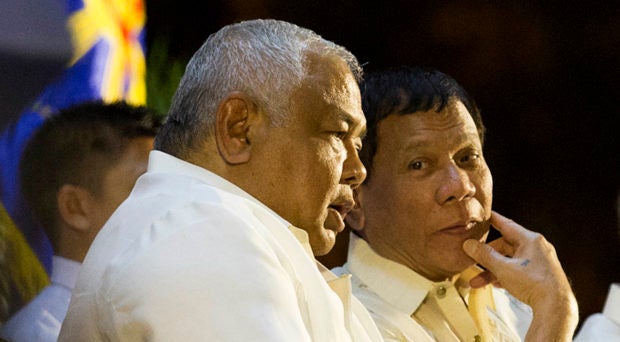 MANILA, Philippines — Malacañang slammed as an “abuse of United Nations Human Rights Council (UNHRC) processes” the Iceland-led resolution that would probe the human rights situation in the Philippines.

In a statement, Executive Secretary Salvador Medialdea rejected “int the strongest terms” the resolution adopted by 18 countries during the 41st session of the UNHRC in Geneva. Fourteen voted no and 15 states abstained.

“It is unfortunate that, by this resolution, a faction consisting of a mere 18 countries — a small group relative to the 47-strong membership of the Council, and smaller still in view of the total UN membership of 193 countries — has unceremoniously grabbed the platform provided by the Human Rights Council and, without verifying the facts on the ground, used such platform to call out the Philippine government for the human rights situation in the country,” Medialdea said.

“We reject this resolution because, through it, a minority has short-circuited and rendered inutile the time-honored mechanisms by which the UN maintains the accountability of member-states, such as the treaty body system and the UNHRC’s Universal Periodic Review,” he added.

“The Philippines, as one of the pioneering members of the UN,” he said “has been abiding by these mechanisms, as they embody the processes that give due credence to member-states’ accountability and transparency.”

“It is through such mechanisms that the human rights concerns mentioned in the resolution should have been taken up, verified and addressed,” he added.

Medialdea hit the resolution as an “affront” to Philippine sovereignty.

“The Philippine government sees the resolution for what it is — a pernicious act, an affront to a sovereign, peace-loving nation, and abuse of UNHRC processes. And we believe that many, if not most of the UNHRC members, see it in the same light, as shown by the contentious vote leading up to the resolution, with the majority either abstaining or voting against it,” he said.

Since he assumed office in 2016, Duterte has received global condemnation for his bloody war on drugs, which according to government data has caused the death of 6, 600 drug suspects.

But Medialdea dismissed the criticisms on the President’s crackdown on illegal drugs, saying “the Philippines is entering a historical era in its governance that is anchored on the genuine protection of the right to human life, liberty and property.”

The Palace official even cited the high satisfaction rating of Duterte in recent public surveys.

“The efforts of this administration towards that end, supported by the judgment of over 80 percent of Filipinos emphatically expressing approval of the current Administration, shall not be disrupted by baseless conjectures from influential political interest groups which have clearly misinformed the states supporting this resolution,” he said.

“In this regard, we call on the diplomatic community to listen more to the Filipino people, rather than let a few political organizations mislead your capitals as to the real state of human rights in our country,” he added.

Despite this “unfortunate development,” he said “the Philippine government shall continue with its work of ensuring peace, order and security for our people.”

“We shall remain unrelenting in our campaign against illegal drugs, corruption, criminality, and terrorism,” he added, saying “no resolution from any international council, especially those Ied by States that are misinformed about the situation in our country, shall weaken our resolve to effectively protect our people’s lives, their properties and their freedoms.”/ac