newsinfo / Nation
Nation
AT THE HOUSE OF REPRESENTATIVES

MANILA, Philippines — If the incoming House leadership will not handpick the chamber’s minority leader, Albay 1st District Rep. Edcel Lagman said he is willing to gun for the position “to represent the authentic and responsible opposition.”

“If the House leadership and supermajority will not install their handpicked minority leader, then I will be available to represent the authentic and responsible opposition,” Lagman, a member of the Liberal Party and leader of the opposition and independent “Magnificent 7” bloc in the House, told INQUIRER.net when asked if he is interested in the minority leadership. 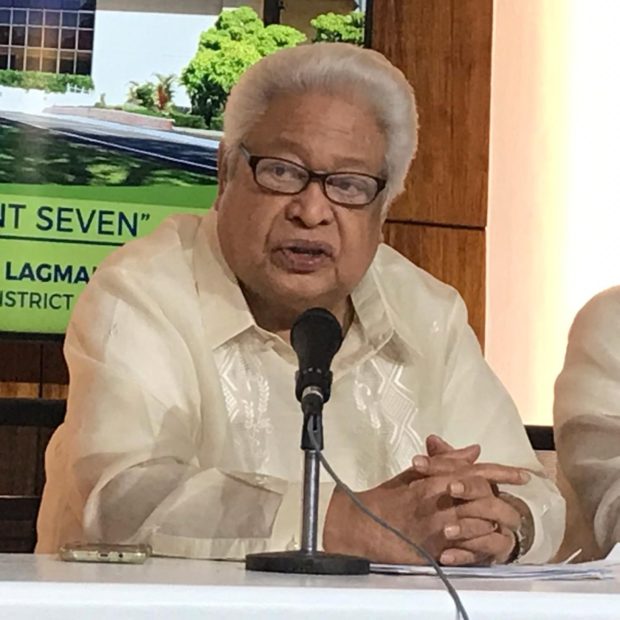 In a separate statement, the congressman warned that the “rejection of a possible minority leader and the accommodation of a favored one” would be a “company union in disguise.”

“One of the important reforms in the House is the recognition of a genuine and constructive leader of the opposition,” Lagman said.

“A real and responsible opposition will not only assure a democratic legislative process but will also restore the credibility of the House of Representatives,” he added.

President Rodrigo Duterte’s endorsed Speaker, Taguig Rep. Alan Peter Cayetano, has repeatedly promised to institute reforms in the House but he has yet to mention about “respecting the emergence of an authentic minority leader,” according to Lagman.

“This selective and discriminatory stance augurs the anointment by the supermajority of the next minority leader, a practice reminiscent of the 17th Congress where the leader of the so-called opposition was twice handpicked by the House leadership,” Lagman lamented.

In the previous Congress, former Quezon 3rd District Rep. Danilo Suarez became minority leader, even though it was former Ifugao Rep. Teddy Baguilat who placed second to then-Speaker Pantaleon Alvarez during the election of Speaker.

On the other hand, former House Majority Leader and Capiz Rep. Fredenil Castro said he would “seriously study” his possible minority leadership bid in the 18th Congress, which would officially open on July 22.