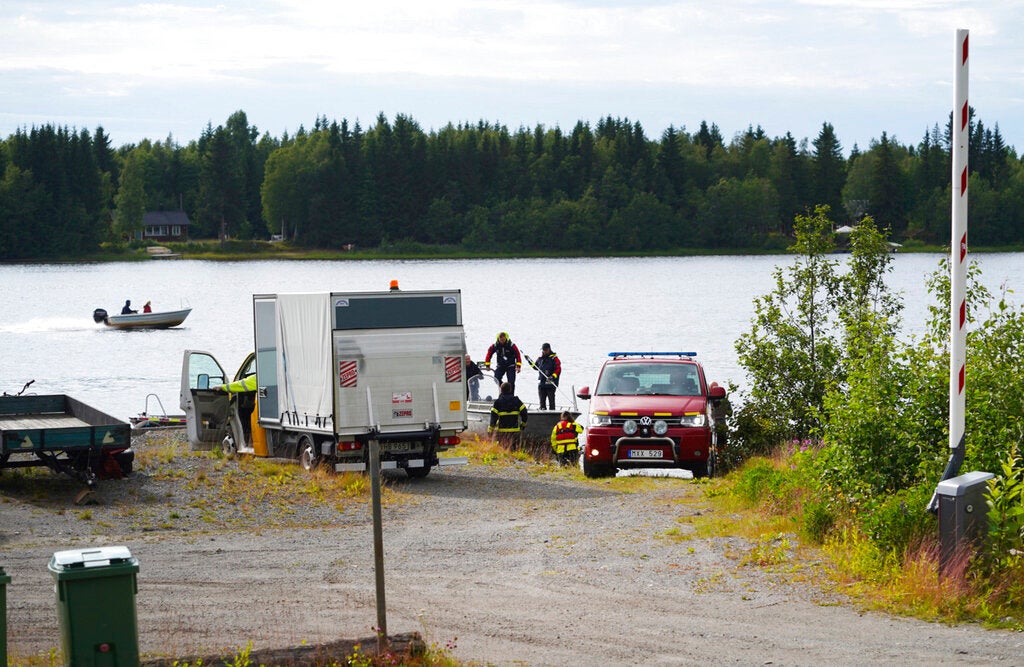 Emergency services attend the accident site at a small harbor at Ume river, outside Umea, Sweden, Sunday July 14, 2019. Swedish officials say a small plane carrying parachutists crashed in northern Sweden and all nine of the people on board were killed. (TT via AP)

HELSINKI  — Swedish officials said a small plane carrying parachutists crashed in northern Sweden soon after takeoff on Sunday and all nine people on board were killed.

The accident took place a little after 2 p.m. local time on Storsandskar island. Swedish media quoted witnesses reporting that some of the parachutists were seen trying to jump off the plane just before the crash.

Swedish airport authority Swedavia said the crashed aircraft was a GippsAero GA8 Airvan, an Australian-made single-engine plane popular with parachutists, that took off from Umea Airport. The cause of the crash is not yet known.

“I can confirm that all those aboard the plane have died,” Region Vasterbotten municipality spokeswoman Gabriella Bandling said.

One witness told Swedish broadcaster SVT she heard a loud noise from above before she saw the plane going straight down and crashing into the island.

He sent condolences to the families of the victims and said the government would stay in close touch with officials probing the crash “as it is important to investigate the cause”.