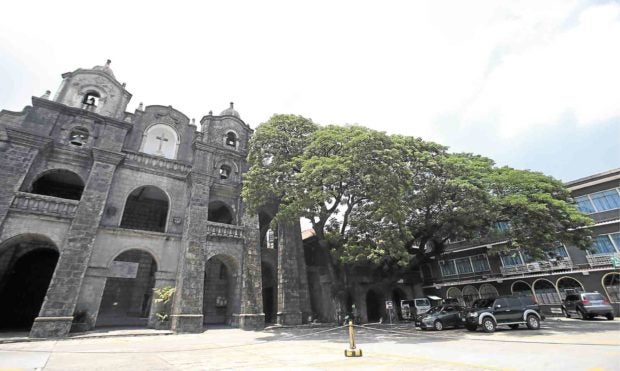 Local historians had named the duhat tree — a fixture for decades on the grounds of Kaligayahan Elementary School in Novaliches — after Melchora Aquino, the Grand Woman of the Revolution. According to community lore, this was where she set up her makeshift clinic to tend to wounded Katipuneros.

Old tales also identified the tree as a lookout point for guerrilla fighters, as they planned their attack on the Japanese Army’s garrisons during World War II.

A silent witness to wars, disasters and a dictatorship, Tandang Sora has been declared by the Department of Environment and Natural Resources (DENR) as one of Metro Manila’s “heritage trees,” recognized as historical and cultural icons in the communities they have stood watch over (See related story below). 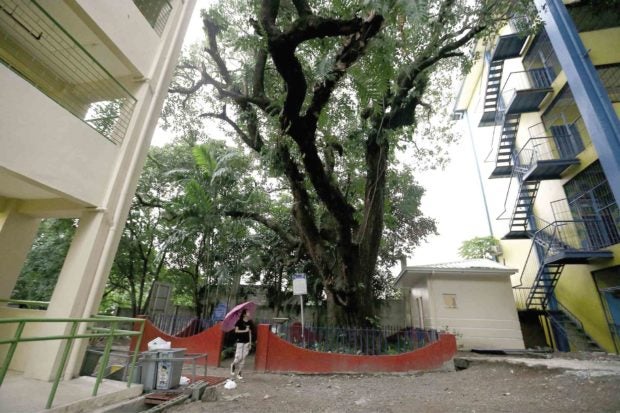 TANDANG SORA This duhat tree at Kaligayahan School in Novaliches, Quezon City, has been named after national heroine Melchora Aquino. —RICHARD A. REYES

Most found in QC, Manila

At present, there are 29 heritage trees in the National Capital Region (NCR), spread out over nine cities and one municipality, with the majority found in Quezon City and Manila.

The trees are recognized under a memorandum order issued by the DENR in 2009 which defines a heritage tree as any healthy native or endemic, exotic, rare, threatened and endangered species, with a minimum girth or circumference of 100 centimeters.

Unlike the so-called “century” trees, they need only to be at least 50 years old. More importantly, they should have historical, cultural and aesthetic value. 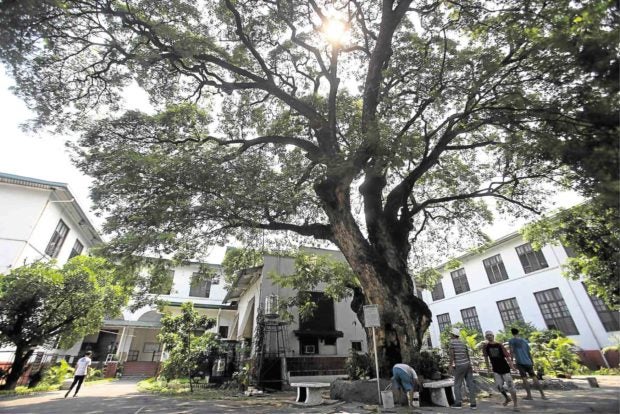 CAMPUS STAR An acacia tree stands tall on the Philippine School for the Deaf grounds in Pasay City. —LYN RILLON

That final, yet most crucial, criterion is met courtesy of the anecdotes of “oldies” in the community, or those who know of the tree’s history.

“It is difficult to find these trees, particularly here in Metro Manila,” said forester Carlito Castañeda, chief of the Protected Area Management and Biodiversity section under the DENR-NCR’s Conservation and Development Division.

“Some were devastated by wars, earthquakes and typhoons. The resilient ones are really the ones that remain standing,” he added.

Even the places in Metro Manila named after trees are lost on a lot of people, Castañeda noted. Many are unaware that kamuning, bangkal, sampaloc, cupang, anonas, calumpang and maypajo are not just street names, but actually tree species. 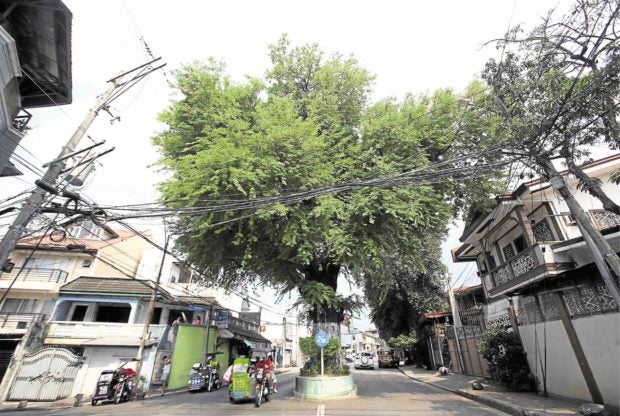 STREET LANDMARK Motorists can’t miss the sampaloc tree in the middle of the street in Project 3, Quezon City. —LYN RILLON

That lack of awareness showcases the disconnect between nature and the public, particularly the over 12 million who call the metropolis home.

But even as the DENR wishes to save as many trees in bustling cities, often the road to progress takes precedence.

“Many trees are really affected by the construction of roads, mass transport or [the privatization of properties] in Metro Manila,” Castañeda said. “As part of [owners’] rights, they can apply for permits to take these trees down and we can’t stop them simply in the name of environmental protection.”

The heritage tree program is seen as a solution to what can turn into the unabated cutting of the few remaining trees in NCR, where green spaces continue to shrink at a fast rate.

Once selected through a nomination and validation process, a tree is given a permanent marker bearing its name, a brief description and significance.

To ensure its safety from destruction and development, an agreement will also be inked between the DENR and an assigned caretaker, usually the institution where the tree is located, if not the local government.

Most of the declared heritage trees in the Metro are located inside institutions that have equally withstood the test of time, such as schools, churches and even cemeteries.

With imposing trunks and a thick foliage, these trees are also heavily linked to traditional stories and folklore that are unique to Filipinos. For some, these mythical tales have actually allowed their survival, scaring off even the most daring tree cutter.

For instance, many believe that old trees are inhabited by a kapre, a bearded giant who smokes a huge pipe. Perhaps the most famous is “Mr. Brown,” a mischievous kapre who reportedly resides in Malacañang Palace’s heritage tree, a balete.

Mr. Brown’s supposed presence in the tree, which has outlived numerous Spanish governors general and American civil governors, has spooked even some of the residents in Malacañang, including sitting presidents.

Other heritage trees, meanwhile, serve as the persisting link to their communities’ changing identities through time.

Standing right in the middle of Narra Street in Project 3, Quezon City, a majestic sampaloc tree may seem out of place. But it was actually one of the few remaining reminders of what the area used to be before housing projects took over: A vast forested area connected to the lower Marikina watershed area.

And while their work is no easy task, Castañeda expressed hope that local governments would further include green spaces in development plans, as they moved forward to progress.

“We hope to encourage decision makers to preserve what they still have,” he said.