At Baguio exhibit, designers seek to define Filipino through clothes 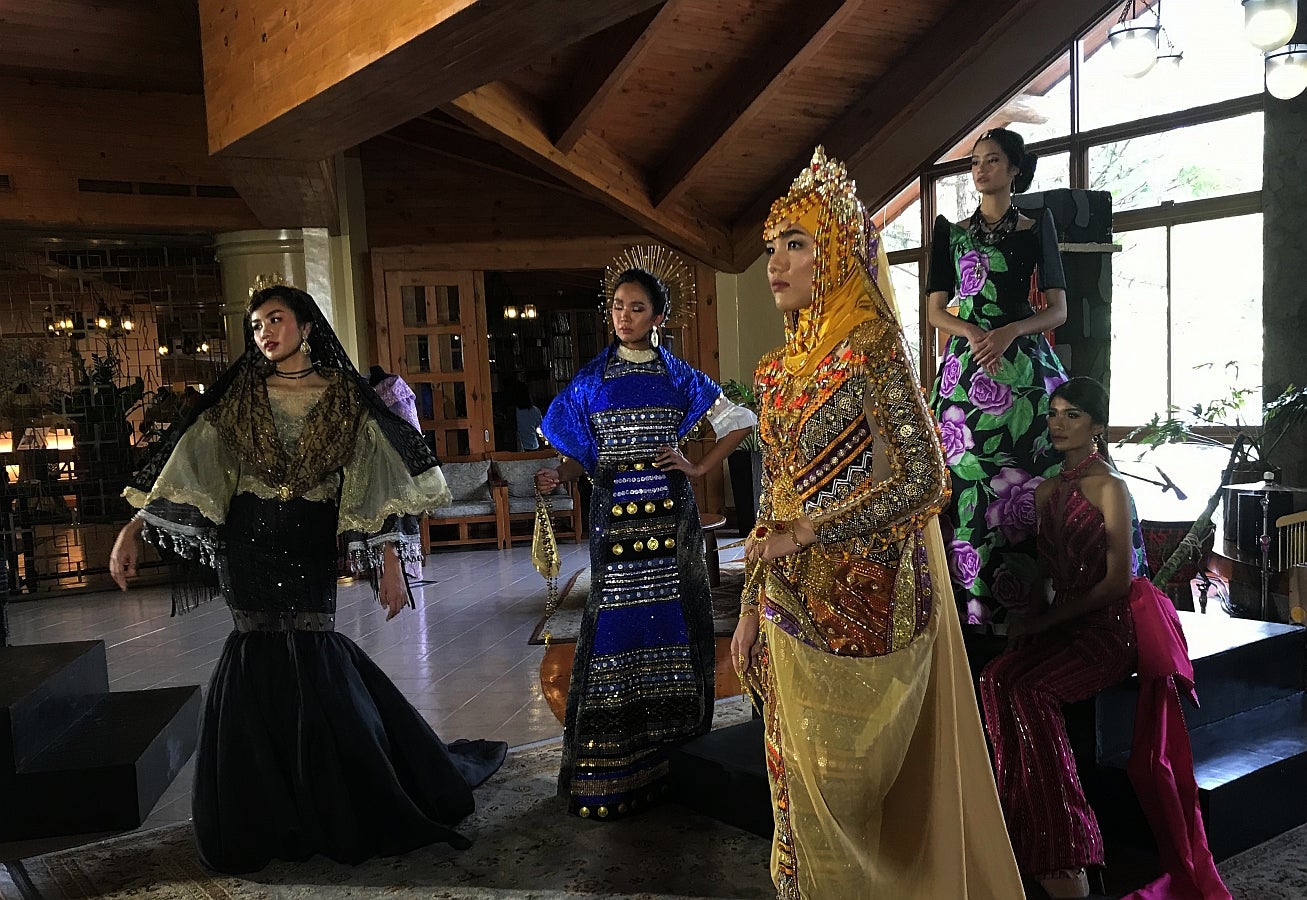 The exhibition, “Luzviminda,” featuring “tapestries that bind our independence,” opened on Saturday (July 13) for a limited run. It would culminate in a fashion show on Aug. 9 to be put up by members of Designer Circle Philippines. 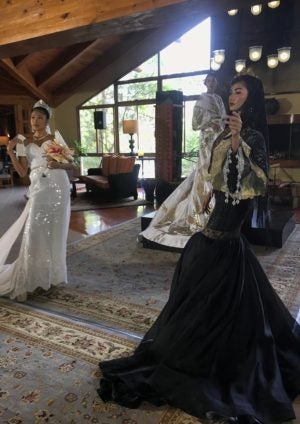 Showcasing “fashion creativity that has contributed to Philippine heritage,” the exhibit displays gowns that illustrate the history and cultural evolution of the Philippines’ main islands Luzon, Visayas and Mindanao.

Many of the exhibition pieces have been worn by celebrities, models and beauty pageant contestants, among them a pinkish gown worn at separate events by 2018 Miss Earth Philippines candidate Kissabelle Aragona, 2019 Binibining Pilipinas Miss Intercontinental Emma Mariue Tiglao and 2019 Jewel of the World candidate Leovy Jane Pagaduan. It was designed by Norman Acuba.

Drawing attention at the exhibit is a red gown dubbed “Imelda in Red,” which was designed by Jerick de Martin dela Roca for the 2019 Grand Flores de Mayo of a shopping mall chain.

Also on display is an intricate “Maria Clara” gown by Dee Jay Abustan which was “inspired by the Putritos Dance of Antimonan (town) in Quezon (province).” Abustan made use of brocade, organza and taffeta fabric.

Visitors entering the lobby would be greeted by a beaded and feathered costume once worn by Baguio-born Sofia Deliu Abdujarak, President Duterte’s chief executive aide, when this former member of the Presidential Security Group participated in the 2015 Miss Earth Philippines.

The gowns are modern renderings of traditional Filipino garments which serve as “our window to world class couture made of local textiles and accessories as we move forward through the new millennium,” said Ramon Cabrera, who manages Forest Lodge and the Camp John Hay Manor for Camp John Hay Leisure Inc.

The exhibit also highlights Designer Circle’s attempts at preserving authentic Filipiniana garments, by teaching young designers about the proper way of cutting and stitching together the terno, said Francis Calaquian, the group’s chair.

Designer Circle has also set up rules against cultural appropriation, and would use only woven fabric samples or incorporate design patterns of indigenous Filipinos, to avoid offending communities particularly those with thriving ritual cultures, said designer Edwin Uy, who serves as Designer Circle’s treasurer. 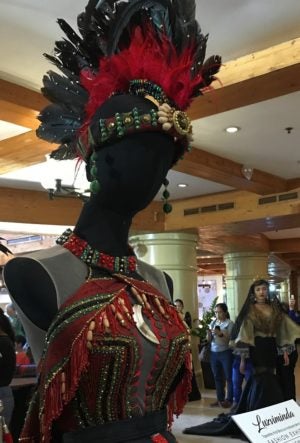 The designers said the country’s diverse and rich cultural history has helped sustain the relevance of the local fashion business in a very competitive world market. Traditional Filipino fabrics like “piña” and “jusi” are now being produced by other Asian countries like Japan, they said. VINCENT CABREZA/TSB