Indonesian who recorded her harasser gets reprieve from jail 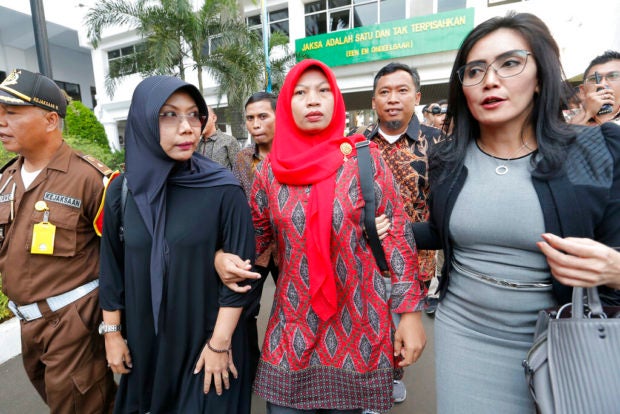 JAKARTA, Indonesia — A woman facing six months in prison in Indonesia for recording her boss’s sexual harassment is expected to receive a presidential amnesty after an outcry over the sentence.

Attorney-General Muhammad Prasetyo said Friday he suspended enforcement of the prison term and a 500 million rupiah ($35,000) fine that were recently upheld by the Supreme Court.

Prasetyo said he was listening to the “growing feeling for justice.”

The case has become a “Me Too” movement-like moment for Indonesia, a predominantly Muslim and conservative nation that tolerates child marriage, has high levels of violence against women and imposes virginity tests on females who want to join the military or police.

According to court documents reviewed by The Associated Press, Baiq Nuril Maknun’s ordeal began in 2014 when as a temporary teacher at a school on Lombok she began receiving telephone calls from the headmaster describing his sexual relationship with another woman. The headmaster, identified as Haji Muslim in the court documents, also insisted Maknun accompany him and his sexual partner on trips.

Maknun was afraid to report the headmaster but recorded one of the calls and later played it to colleagues to dispel rumors she was having an affair with him.

The recording also circulated through Mataram, the main city on the deeply conservative island, and the local education agency reported Maknun to police, who prosecuted her for violating an electronic communications law.

President Joko Widodo said Friday he will make a decision on an amnesty as soon as he receives the case.

“If it’s on my desk, there will be recommendations from relevant ministries and I will decide it as soon as possible,” he told reporters.

The headmaster was transferred to another position, but not investigated for his behavior. He reported Maknun to police for spreading pornographic content and sued her for defamation, which was rejected by one court but upheld in the Supreme Court. /ee