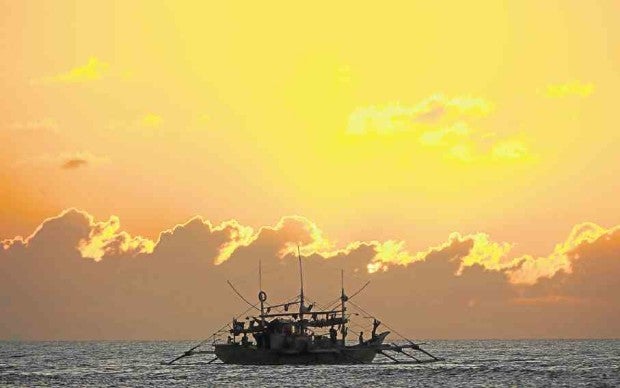 MANILA, Philippines — On the third anniversary of the Philippines’ victory over its claims in the West Philippine Sea, members of the opposition slammed what it described as continuing kowtowing of the Duterte administration to China.

The senator was referring to the June 9 incident where a Chinese vessel reportedly rammed and sunk an anchored Filipino fishing boat near Recto (Reed) Bank in the West Philippine Sea. The Chinese crew also abandoned the 22 Filipino fishers, who held on for dear life in the open sea for several hours until rescued by the Vietnamese.

Senator Risa Hontiveros, for her part, condemned President Rodrigo Duterte for “continuing to bow to China” despite the Permanent Court of Arbitration (PCA) ruling, which invalidated Beijing’s nine-dash line that covers almost the entire South China Sea including the West Philippine Sea.

“This government’s brand of selective sovereignty is on full display,” Hontiveros said in a separate statement.

“Whenever the international community holds the Duterte government accountable for the human rights abuses under its watch, it falsely invokes sovereignty to avoid them.”

“But when an actual issue of sovereign rights and territorial defense is literally at our shores, it is as silent as a watery grave,” she also pointed out.

Meanwhile, staunch Duterte critic Senator Leila De Lima encouraged the people to unite as Filipinos in the face of a pro-China administration.

She also asked the people to let love for the country prevail.