MANILA, Philippines—Human rights lawyer Chel Diokno on Thursday dismissed as “baseless” an accusation made by Presidential Spokesman Salvador Panelo’ that he “manipulated” local fishermen into signing a petition that will compel government to protect marine resources in the West Philippine Sea.

Diokno earlier claimed that government used underhanded tactics by talking secretly to his clients, who reportedly disowned the writ of kalikasan petition filed on their behalf by the Integrated Bar of the Philippines (IBP) in April. 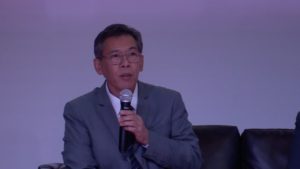 But in a Palace briefing, Panelo, who is also President Duterte’s chief legal counsel, redirected the accusation to Diokno, whom he said was the one who “influenced or manipulated” the fishermen from Palawan and Zambales to sign the petition.

Diokno, who ran under the opposition ticket in last May’s midterm polls, said government should answer why lawyers from the Philippine Navy talked directly to the fishermen and bypassed the fisherfolks’ lawyer.