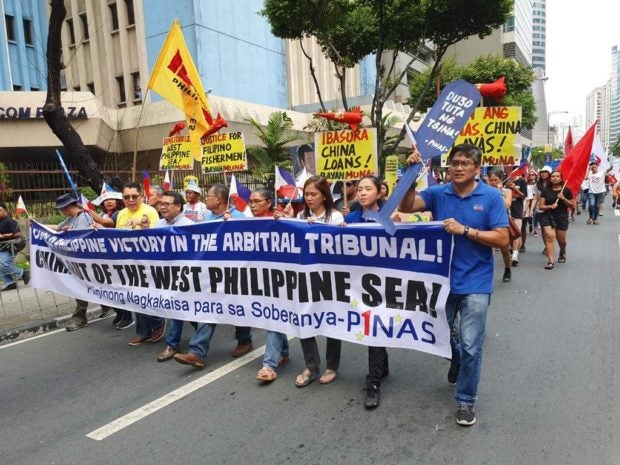 MANILA, Philippines – Members of the House of Representatives’ Makabayan bloc and other militant groups staged a protest action in front of the Chinese Consulate Office in Makati on Friday. 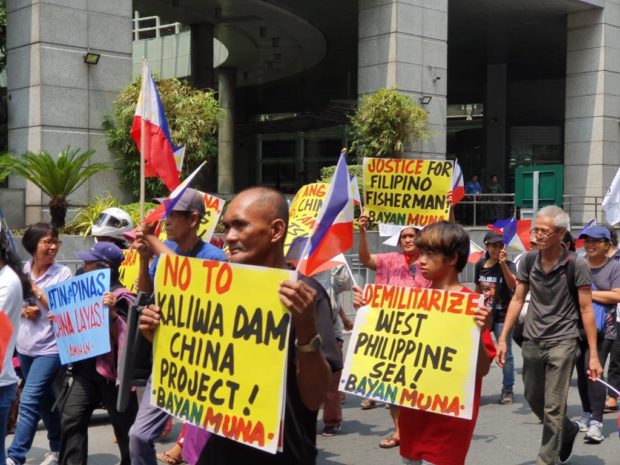 According to the protesters, the rally is part of a celebration of the Permanent Court of Arbitration’s (PCA) decision in 2016, which rules that China’s nine-dash line claim — encompassing most of the West Philippine Sea and the Philippines’ exclusive economic zone (EEZ) — has no legal and historical basis. 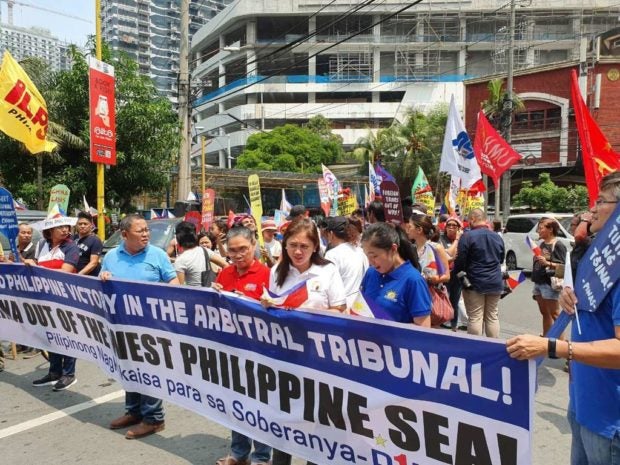 Aside from the PCA ruling, the protesters are also asking the Asian superpower to respect the rights of Filipino fishermen, after a Chinese vessel smashed and sank a local fishing boat in Recto Bank on June 9.  After the collision, the Chinese boat opted to leave the 22 fishermen afloat at sea. /jpv 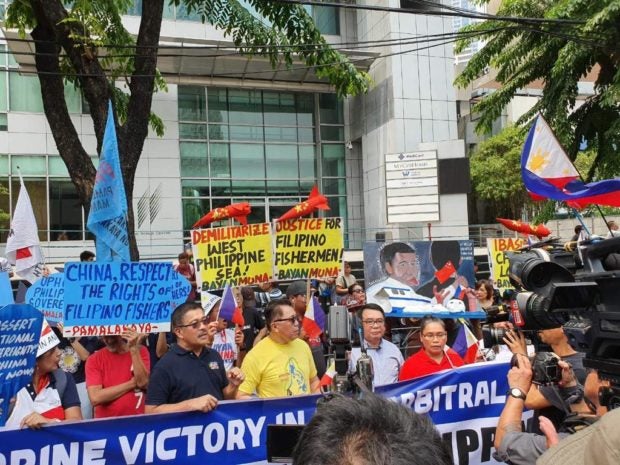