Sandiganbayan enters ‘not guilty’ plea for Andaya in graft raps 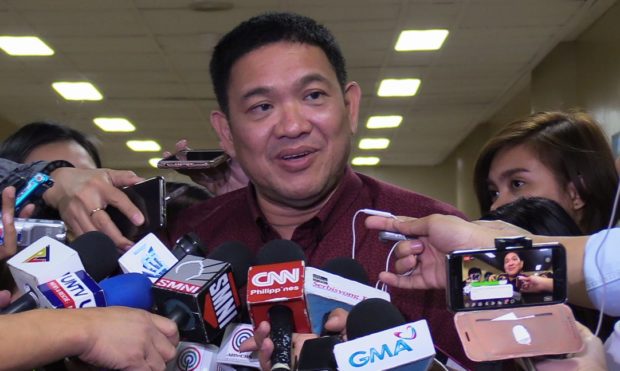 MANILA, Philippines – The Sandiganbayan Third Division has entered a “not guilty” plea for former Camarines Sur 1st District Rep. Rolando Andaya in the cases of graft and malversation of public funds he is facing.

This was after the Andaya refused to enter any plea during his scheduled  arraignment on Friday.

Andaya and several other individuals were accused for allowing the Department of Agrarian Reform to allocate around P10 million worth of public funds to Abundant Harvest for Peoples Foundation Inc., (AHPFI), back when he was budget secretary in 2009.

The money was allegedly sourced from the controversial P900-million Malampaya funds that originally intended to bankroll energy projects but was expanded to support Malacañang’s programs under former President Gloria Macapagal-Arroyo.

All of them were accused of falsifying documents from local government units to allegedly  justify the diversion of the discretionary funds to Napoles’ NGOs, which implemented ghost projects. /jpv

WHAT WENT BEFORE: The Malampaya Fund

Read Next
NGCP raises yellow alert anew for Luzon grid
EDITORS' PICK
Smart 5G goes live
Water remains our saving grace right now
PNP: Checkpoints back in MECQ areas
Been there, done that but what’s the difference between MECQ and GCQ?
BREAKING: 3,226 latest COVID-19 cases bring PH’s total to 106,330
A gem of a residence in the new normal
MOST READ
MECQ guidelines in infographics
Doctors group to Duterte: ‘There was never a call for a revolt’
MECQ in NCR, other areas: Mass transportation suspended, quarantine pass required anew
Duterte heeds frontliners’ plea, reimposes MECQ in Metro Manila, other areas Aug. 4 -18
Don't miss out on the latest news and information.