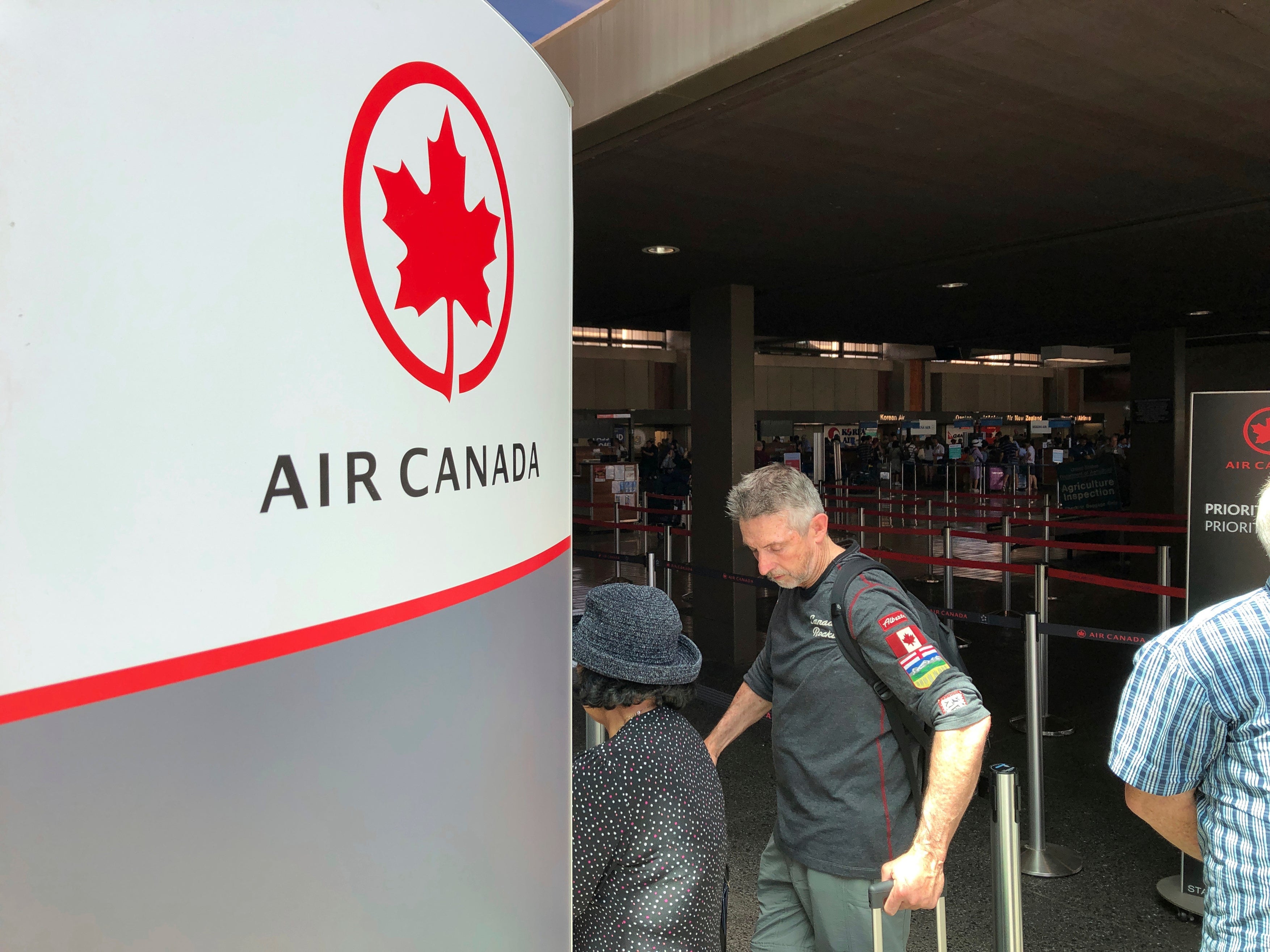 Passengers from an Australia-bound Air Canada flight diverted to Honolulu Thursday, July 11, 2019, after about 35 people were injured during turbulence, stand in line at the Air Canada counter at Daniel K. Inouye International Airport to rebook flights. Air Canada said the flight from Vancouver to Sydney encountered “un-forecasted and sudden turbulence,” about two hours past Hawaii when the plane diverted to Honolulu. (AP Photo/Caleb Jones)

HONOLULU — Intense turbulence struck an Air Canada flight to Australia on Thursday and sent unbuckled passengers flying into the ceiling, forcing the plane to land in Hawaii.

The flight from Vancouver to Sydney encountered “un-forecasted and sudden turbulence,” about two hours past Hawaii when the plane diverted to Honolulu, Air Canada spokeswoman Angela Mah said in a statement.

“The plane just dropped,” passenger Stephanie Beam told The Associated Press. “When we hit turbulence, I woke up and looked over to make sure my kids were buckled. The next thing I knew there’s just literally bodies on the ceiling of the plane.”

A woman behind her hit the ceiling so hard that she broke the casing of an oxygen mask, said Beam, of Colorado Springs, Colorado.

Honolulu Emergency Medical Services Chief Dean Nakano said the injured ranged in age from children to the elderly. Customs agents and emergency responders met passengers at the gate at the Honolulu airport to ensure they could get medical attention quickly.

“I watched a whole bunch of people hit the ceiling of the plane,” said another passenger Alex MacDonald. “A couple of the air hostesses were bringing food out at the time, and they hit the roof as well.”

“There was no warning and then half of them, their head hit the roof all at once,” he said. “And I went, ‘Oh, this is a bad day.'”

Babies and children were crying as crew members went through the cabin assessing injuries. About 15 minutes later, there was an announcement asking for passengers who are medical professionals to help, Beam said.

The Boeing 777-200 was carrying 269 passengers and 15 crew members, according to Air Canada spokesman Peter Fitzpatrick.

Air Canada was arranging hotel accommodations and meals in Honolulu and options for resuming the flight.

“If we’re going to be stuck somewhere, I can think of worse places,” said Beam, traveling with her 10- and 11-year-old children.  /muf