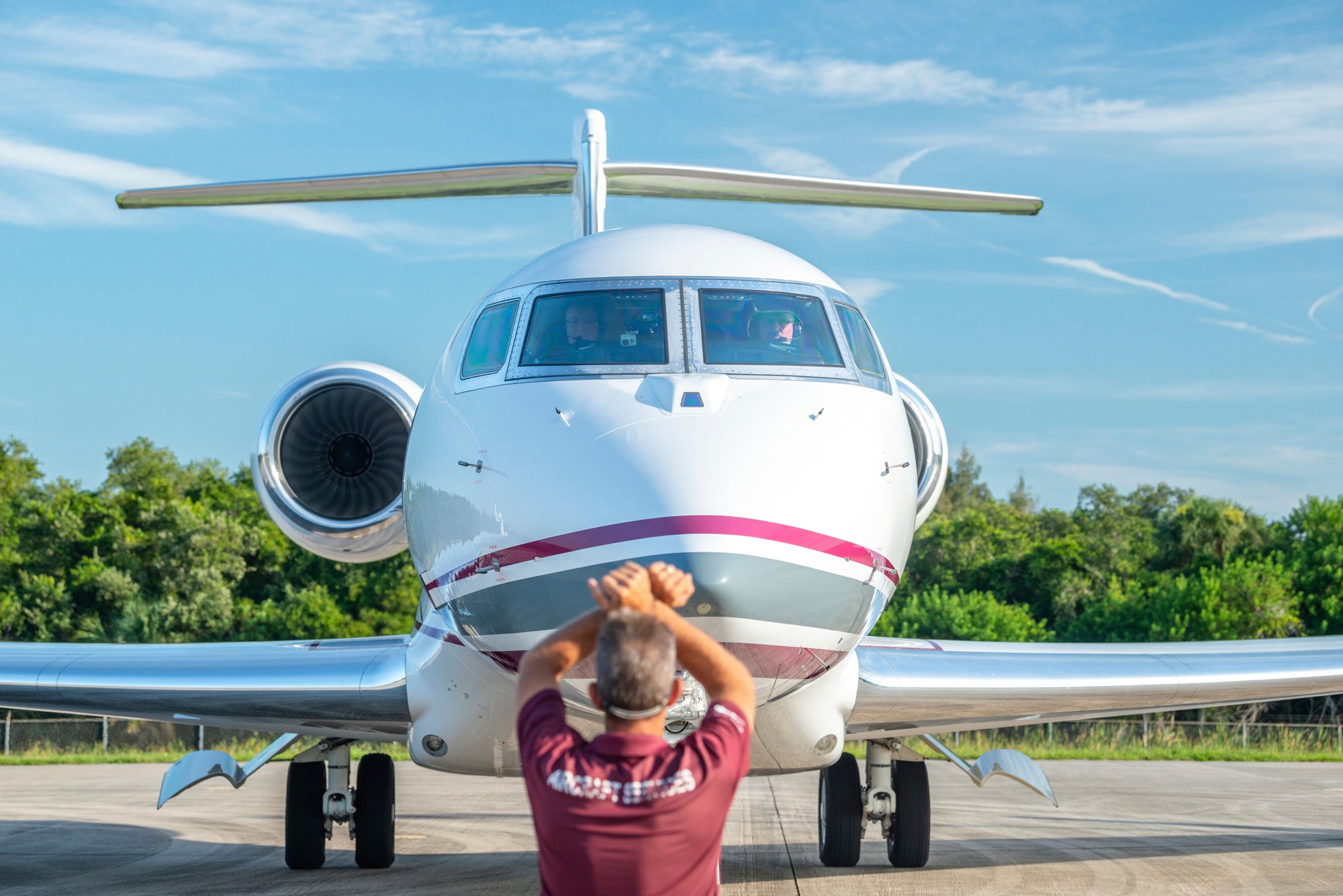 In this Thursday, July 11, 2019 photo provided by Chris Garrison, Captain Jeremy Ascough of South Africa, left, and Captain Jacob Over Bech of Denmark pilot their Gulfstream aircraft on the tarmac after their record-breaking around-the-world flight over the North and South poles, landing at the Kennedy Space Center in Florida. Dubbed “One More Orbit,” the flight paid homage to next week’s 50th anniversary of humanity’s first moon landing. (Chris Garrison via AP)

CAPE CANAVERAL, Fla.  — A former astronaut landed back at NASA’s Kennedy Space Center on Thursday after helping to shatter a pair of records for a round-the-world airplane flight over the North and South poles.

Terry Virts was part of the team whose 46-hour, 39-minute and 38-second polar circumnavigation flight ended where it began. They set the duration and speed records in a Qatar Executive Gulfstream G650ER aircraft.

Virts’ former space station crewmate, Russian Gennady Padalka, was on the first two legs of the flight. Padalka, the world’s space champ with 879 days in orbit, left during a fueling stop. Virts said in a tweet that the three stops were “NASCAR pit-stop intense.” Each stop lasted less than an hour.

The plane departed from the former space shuttle landing strip Tuesday at 9:32 a.m. — the same liftoff time as Apollo 11’s Saturn V rocket on July 16, 1969. It crossed over the North Pole, stopped in Kazakhstan and then Mauritius, crossed above the South Pole, stopped in Chile, and then returned to Florida.

The speed record, as recognized by the World Air Sports Federation, was last set in 2008. That was 511 mph (823 kph). The “One More Orbit” crew also set a Guinness World Record for flight duration, last set in 1977 in San Francisco at 54 hours. Representatives for both organizations were present for Thursday’s landing.  /muf