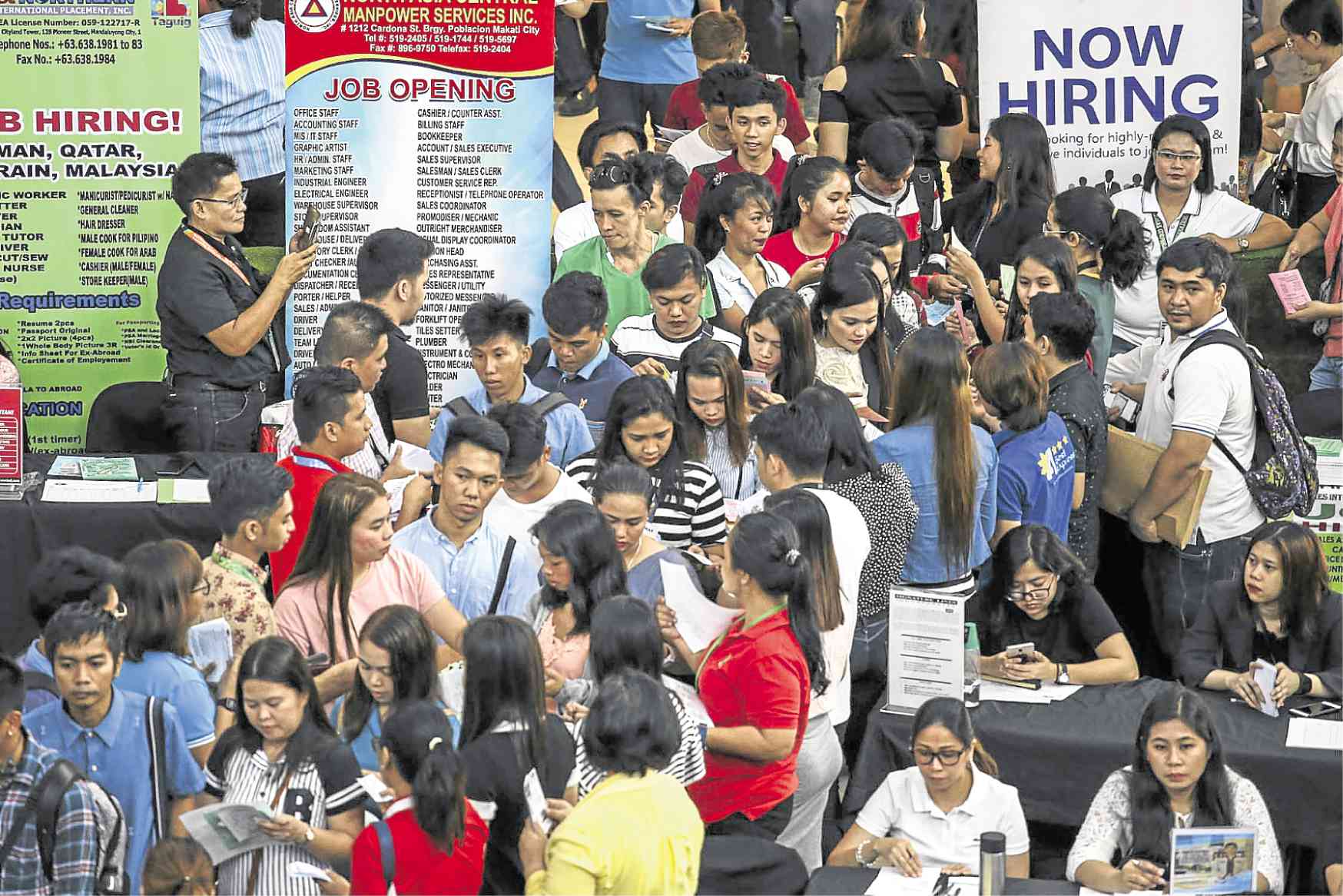 SAVED FROM EXPENSES Under the newly released implementing rules and regulations of Republic Act No. 11261, first-time jobseekers can save around P2,500 as they are exempt from paying for government-issued documents, such as NBI and police clearances, birth and marriage certificates, tax identification number and transcript of records from government schools. —JAM STA. ROSA

Bernadette Ignacio has long been wanting to look for a job but worries that the process of getting documents will not only be tedious but also costly.

“From what I’ve heard from my friends, securing papers required in applying for jobs could be quite expensive. I don’t want to exhaust the little savings that I have,” Ignacio, a 32-year-old homemaker in Makati City, told the Inquirer in a phone interview.

“Of course, I also have to spend for food and transportation while applying. I don’t want to ask money from my husband. I don’t want to be a burden to him,” she said. Her husband, a clerk in a small company, only receives a meager salary, she added.

Now, Ignacio need not worry about the costs of documents as she can benefit from the newly passed First Time Jobseekers Assistance Act, or Republic Act No. 11261, whose implementing rules and regulations (IRR) were signed by concerned government agencies on Thursday.

At least 1.3 million first-time jobseekers are expected to benefit annually from the measure, which was signed by President Duterte in May, according to the Department of Labor and Employment (Dole).

Under the law, first-time jobseekers are expected to save around P2,500 in securing government-issued documents, such as National Bureau of Investigation and police clearances, birth certificates, and transcript of records from government schools and training agencies.

Also waived were fees for barangay clearance, medical certificates from government clinics and hospitals, marriage certificate, tax identification number, unified multipurpose ID card, and other government documents that may be required by employers.

“The law is a social legislation that provides a level playing field and tangible support for first-time jobseekers, regardless of age, to hurdle the common constraint of high cost of fees required in the job application process by both government and private sectors,” said Assistant Labor Secretary Joji Aragon.

“While this translates to P3 billion in forgone revenue, the government looks at this as investment to bring double or triple return in achieving a productive human capital and workforce for the nation,” she said.

Qualified as “first-time” jobseekers are fresh graduates, out-of-school youths and others who can secure barangay certification that they are applying for jobs for the first time.

“Regardless of their age, young or old, as long as they are first-time jobseekers. They just need to secure barangay certification from their barangays and they can already avail [themselves of] the benefits,” Labor Secretary Silvestre Bello III said.

Among those who signed the IRR were Bello, Finance Secretary Carlos Dominguez III and representatives of the Philippine National Police, Department of Health, Technical Education and Skills Development Authority, Maritime Industry Authority, Commission of Higher Education and Civil Service Commission.

Ignacio said she would definitely take advantage of the new law. She took up hotel and restaurant management  but could only finish second year at an exclusive school in Manila due to her family’s financial problems.

“Now, I only have to worry about the payment for securing documents from my former school if they’re not covered by the (law),” she said.

“This is my first time to apply for work so I’m excited but nervous because of my age and the fact that I am an undergrad. But I want to experience what it’s like having a regular job. I want to save up because I want to finish school but I want to be the one to pay for my tuition,” Ignacio said.

She opted to help her mother sell homemade cupcakes when she quit school a few years ago.