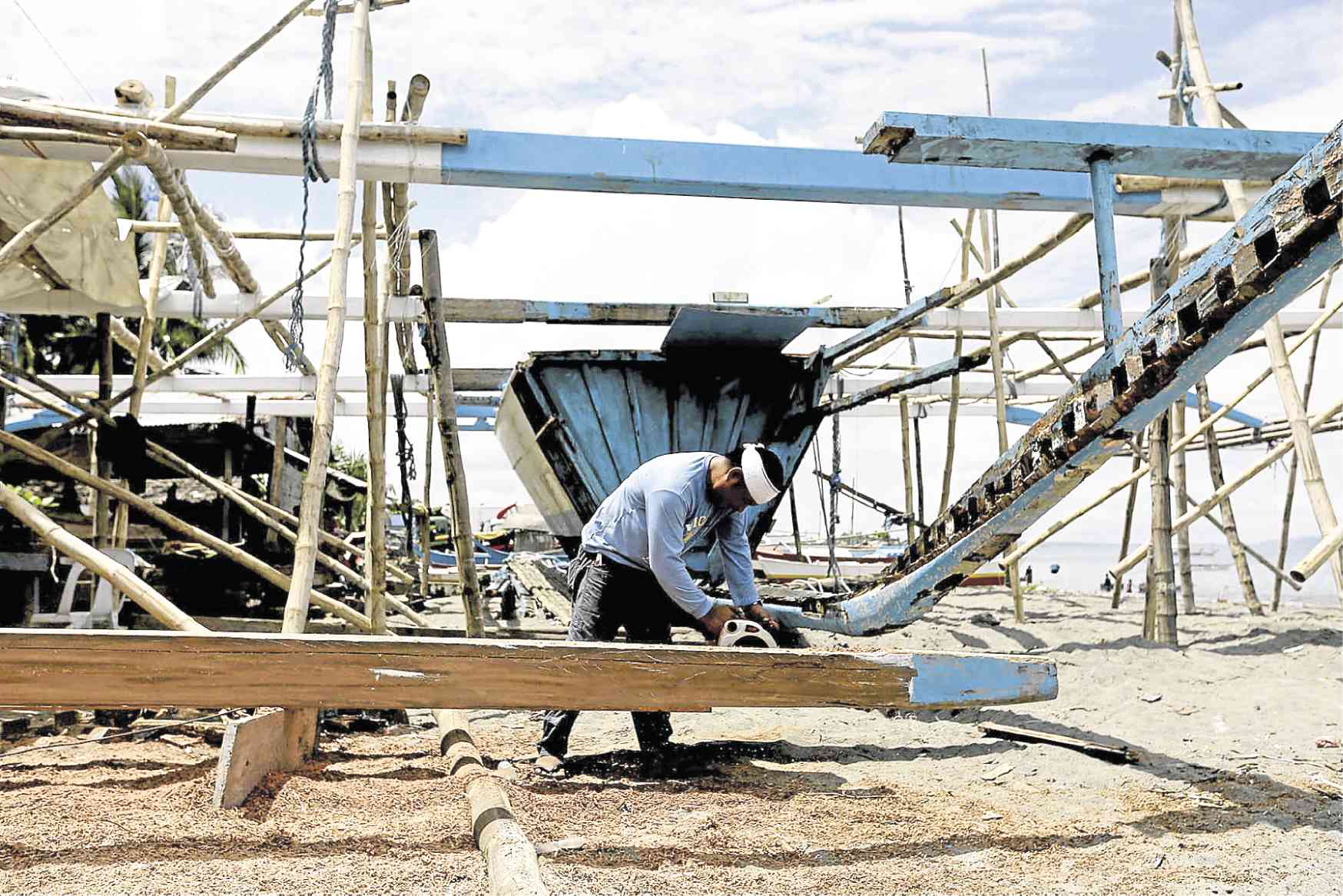 REPAIRING THE DAMAGE Boat owner Felix dela Torre works on a beam to repair Gem-Ver 1 that was rammed by a Chinese trawler on June 9 near Recto Bank in the South China Sea. —RICHARD REYES

There is a growing clamor for the government to resolve the territorial conflict in the West Philippine Sea (WPS), with an overwhelming support among Filipinos for seizing back Philippine reefs occupied by China, results of a Social Weather Stations (SWS) survey released yesterday found.

Nine in every 10 adult Filipinos said it was important to regain control of the Chinese-held reefs in the West Philippine Sea, according to the survey, conducted from June 22 to 26 following the ramming and sinking of a Filipino fishing boat near Recto Bank by a Chinese trawler.

A majority also disagreed with the government’s inaction in the West Philippine Sea.

They believed it was right to take action, specifically, in strengthening the military, bringing the issue to international bodies and forming alliances with countries ready to help defend security in the country’s waters.

In contrast with his predecessor President Benigno Aquino III, President Duterte has pursued warmer ties with China, setting aside a July 2016 ruling by the UN-backed Permanent Court of Arbitration in The Hague in favor of the Philippines, in exchange for billions of dollars of pledged loans, investment and aid.

On June 9, a Philippine fishing boat anchored near Recto Bank sank after being hit by a Chinese vessel, which fled the scene leaving the Filipino fishermen struggling to stay afloat for hours until a Vietnamese fishing vessel rescued them.

Government officials first denounced the sinking but then played it down, with Duterte dismissing the incident as a “little maritime accident.”

SWS asked the 1,200 respondents the question, “In your opinion, is it important that the control of the islands that China currently occupies in the West Philippine Sea be given back to the Philippines?”

SWS used face-to-face interviews and had a margin of error of plus or minus 3 percentage points.

The proportion of those saying it is important to retake control of the Philippine islands has steadily risen, from 87 percent in June 2018 and September 2018, and 89 percent last December.

Aerial photographs obtained by the Inquirer in February last year showed that China was almost finished transforming seven reefs claimed by the Philippines in the Spratly archipelago into island fortresses, in defiance of the arbitral court’s junking of Beijing’s expansive claims over nearly the entire South China Sea, including areas within the Philippines’ 370-kilometer exclusive economic zone (EEZ).