Metal straw leads to woman’s death after piercing her eye 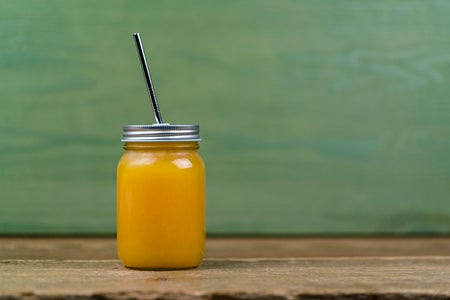 A 60-year-old woman in the U.K. died due to a brain injury after she was impaled by a metal straw. INQUIRER.net stock photo

A coroner called for metal straws to be used with caution on Monday, July 8, after a case of impaling which caused the death of a woman with disability in the United Kingdom.

During a judicial inquest, British coroner Brendan Allen advised against the use of metal straws with a lid that fixes them in place after Elena Struthers-Gardner, 60, died last November, The Telegraph reported on Monday.

Elena, 60, was an equestrian who has had mobility issues since a fall when she was 21. Her spine has multiple fractures and she has been prone to falling.

Elena was carrying a mason jar glass with a lid that holds a metal straw when she collapsed in her kitchen. Her wife, Mandy Struthers-Gardner, was at home and called for an ambulance. Elena died at the hospital the next day.

The 10-inch straw had gone through Elena’s left eye socket, reaching her brain stem until the back of her skull, as per report. According to an autopsy, her cause of death was a traumatic brain injury.

Mandy is concerned that people challenged with mobility and children could be injured by the straws.

“If someone does fall on one and it’s pointed in the wrong direction, serious injury can occur,” Allen was quoted as saying. “It seems the main problem here is if the lid hadn’t been in place the straw would have moved away.”

Metal straws have been touted as an eco-friendly alternative to plastic straws, which contribute to plastic pollution in oceans around the world.

Disability advocates have urged for easing the ban on single-use plastic straws given that it is essential for persons with disability when taking in liquids. As per an NPR report in July 2018, those with mobility challenges find it more convenient to drink from plastic straws since they bend, and washing reusable straws is a difficult task for PWD. Niña V. Guno/JB