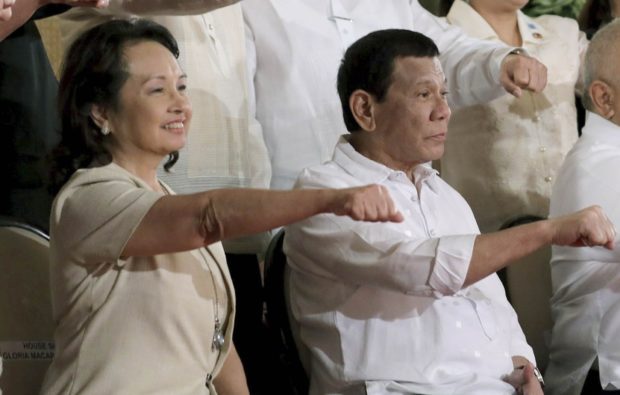 MANILA, Philippines – The Supreme Court on Wednesday assured the people that it would always be guided by the rule of law and remain free from any influence from the other branches of government.

READ: Arroyo thanks Duterte for ‘providing atmosphere that led to her plunder acquittal’

Hosaka said he has yet to talk to Chief Justice Lucas Bersamin about Arroyo’s statement but he assured that no one can tell the Supreme Court how to handle or decide on a case.

“The public can be assured that the Supreme Court has and will always act independently, and free from influence from the other branches of government. The Supreme Court is guided by the rule of law and its decision are always based on facts, laws and reason,” Hosaka said.

“The decisions of the Supreme Court are open to the public, and we encouraged those concerned to read them so they can understand the reasons why they were decided that way,” he added.

In 2016, by a vote of 11-4, the high court granted Arroyo’s petition seeking the dismissal of her remaining plunder case before the Sandiganbayan for the alleged misuse of P366 million in intelligence funds of the Philippine Charity Sweepstakes Office (PCSO).