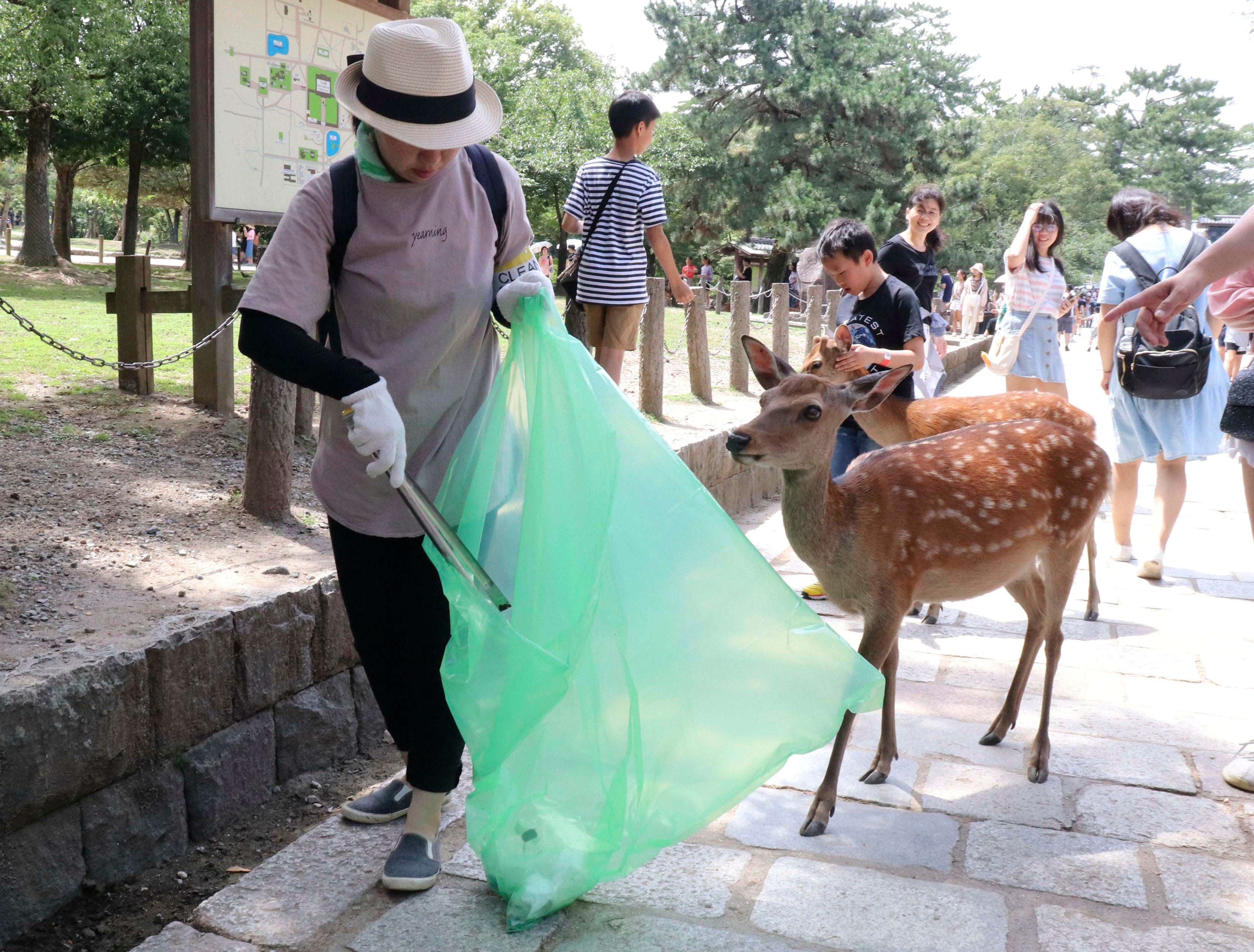 A volunteer picks up plastic products during a cleanup campaign at a famed park in Nara, western Japan, Wednesday, July 10, 2019. (Kyodo News via AP)

Nara Park has more than 1,000 deer, and tourists can feed them special sugar-free crackers sold in shops nearby. The crackers don’t come in plastic bags, but people still carry them. A veterinarian says the deer may associate the plastic with food.

The Nara Deer Preservation Foundation says nine of the 14 deer that have died since March had plastic in their stomachs. Masses of tangled plastic litter and packets of snacks were retrieved from their stomachs, with the heaviest amount weighing 4.3 kilograms (9 ½ pounds).

Rie Maruko, a veterinarian who belongs to the animal conservation group, was quoted by Kyodo News as saying the dead deer were so skinny he could feel their bones.

Deer have four-chambered stomachs and eating objects that can’t be digested can leave them malnourished and weakened.

Deer are traditionally a messenger of gods in Japan’s native Shinto religion and roam freely in the park in the capital city of Nara prefecture.

Volunteers participated in a cleanup campaign in the park on Wednesday.