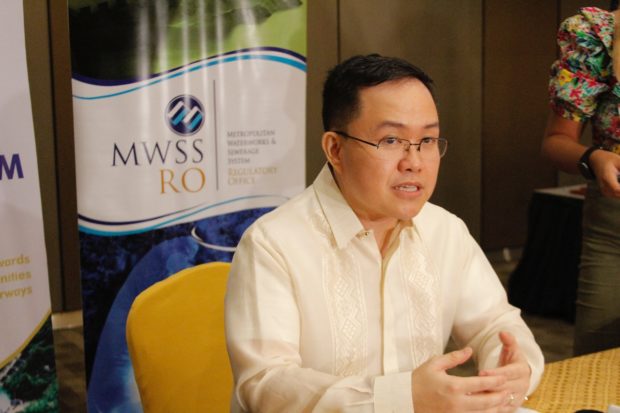 The penalty was for Maynilad’s inability to provide continuous water services, with a minimum of 7 pounds per square inch (psi), to Barangay Captain Albert Aguilar, Ty explained after a program in Quezon City on Wednesday.

“The penalty was due to Maynilad’s failure to comply with its service obligations under the Concession Agreement,” he said, reading MWSS RO’s official statement.

Severely affected accounts in the barangay, or those without sufficient water pressure for more than 15 days, will receive rebates worth P2,500. This will be subtracted from their water bills, starting August.

Ty previously asked Maynilad, who controls the water provision in the west concession zone, to explain the reason behind the service obligation failure, before imposing a fine last June 28.

Maynilad is not the only water concessionaire fined by the MWSS RO. Last May 21, Ty also announced that Manila Water, which is in charge of the east concession area, has accepted the penalties to rebate up to P2,197 to severely affected customers, aside from waiving another minimum charge. /ee