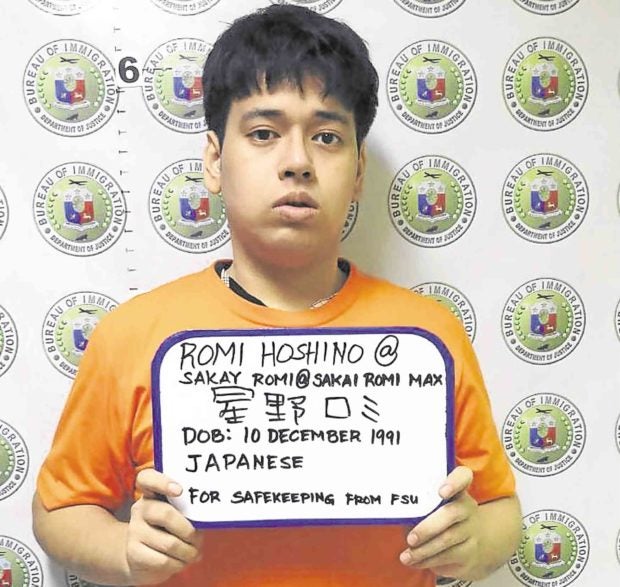 MANILA, Philippines — A 28-year-old foreigner who ran an illegal online manga comic library read monthly by around 100 million people has been arrested in Manila.

Japanese-German-Israeli fugitive Romi Hoshino, also known as Zakay Romi, managed “Manga Mura (Manga village)” which shut down on its own in April 2018 as Japanese authorities launched a hunt for him for massive violation of copyright.

About 100 million people each month used the popular pirate website which made around 60,000 manga Japanese graphic novels or comics available to the public for free, immediately after publication.

An official from the antipiracy group said that the website founded by Hoshino was a very big issue for manga editors, prompting the Japanese government to create a task force to take measures against Manga Mura.

Hoshino, who holds a Japanese passport, was taken to the Bureau of Immigration (BI) detention facility in Camp Bagong Diwa, Taguig City, after his arrest on Sunday.

“His presence in the country is a risk to public safety and security, and [he] will likely be deported to Japan,” Immigration Commissioner Jaime Morente said in a statement.

BI intelligence officer Bobby Raquepo, head of the Fugitive Search Unit, said that Hoshino was about to leave for Hong Kong when he was arrested at the Ninoy Aquino International Airport Terminal 3.

Hoshino operated Manga Mura from January 2016 to April 2018 in what the Association of Copyrights of Japan said was the worst violation in the history of the country’s copyright law.

Raquepo said Hoshino was arrested on the strength of a mission order issued by Morente after the Japanese Embassy in Manila sought the bureau’s help in locating and arresting the fugitive.

The operation for his capture was conducted in coordination with Tokyo Interpol.

“The Japanese Embassy informed us that it will conduct the necessary coordination with the Israeli and German embassies regarding the fugitive’s deportation to Japan,” Morente said. —With a report from AFP