Another apparent incident of someone licking ice cream at a store has surfaced. This time it is in Louisiana, United States.

Assumption Parish Sheriff’s Office says a man posted a video of himself on Facebook opening a Blue Bell ice cream container, licking it, poking it with his finger and putting it back on the shelf. 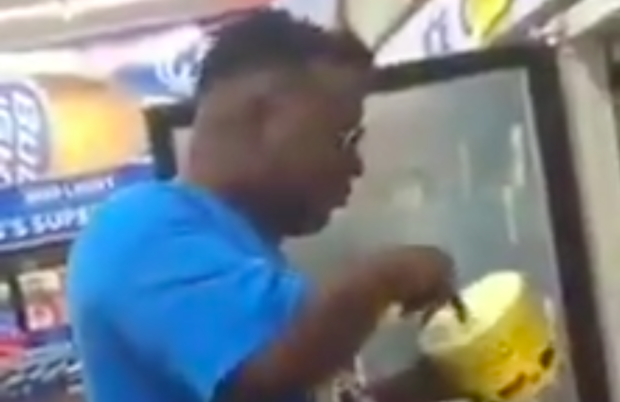 The man poking the tub of ice cream. Image: Twitter/@Ms_Pisces_Slay

Police Commander Lonny Cavalier says after being alerted of Martin’s actions by management, deputies found Martin at the scene showing the sales clerk a receipt proving he bought the ice cream he licked. Deputies searched the freezer and confirmed the purchase but still decided to move forward with the charges.

Earlier this month, a teen in Texas was shown in an online video taking ice cream from a Walmart freezer, removing the top to lick it and then putting it back. RGA

Ice cream licker in viral video identified by police, turns out to be a minor