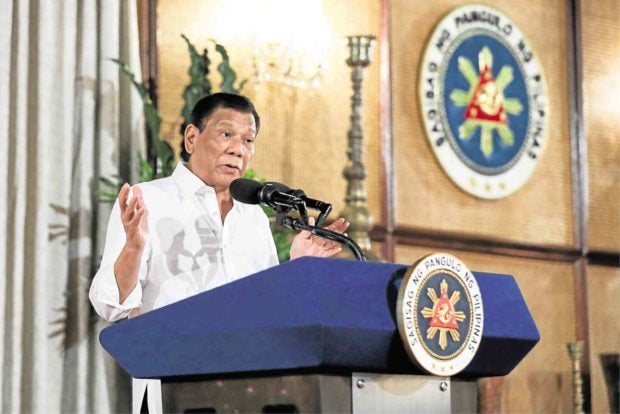 MANILA, Philippines — Some 80 percent of adult Filipinos are satisfied with the performance of President Rodrigo Duterte for the second quarter of 2019, the Social Weather Stations (SWS) revealed Monday.

The latest SWS survey showed that only 12 percent of Filipinos are “dissatisfied” with Duterte’s performance while nine percent said they are undecided.

This gives a net satisfaction rating of +68 which is classified as “very good,” according to SWS.

While Duterte’s net satisfaction rating dipped by 11 points from record-high +69 in March 2019 to +58 in June 2019 among those in Classes ABC, the president was able to maintain his record-high +68 ’very good’ rating in Class D.