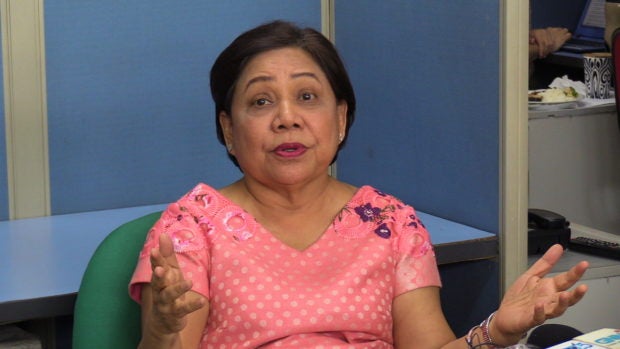 MANILA, Philippines — If Senator Cynthia Villar would run for Senate president, she might get the number needed to have her elected in the post, neophyte Senator Ronald “Bato” Dela Rosa said on Monday.

“She’s not interested but kung mag-insist siya, baka makakuha siya ng numbers,” he said when asked on ABS-CBN News Channel if Villar is still in the running for Senate presidency.

Villar’s name was earlier floated as a possible contender for the Senate presidency, which she immediately dismissed after she was re-elected in the last May polls.

Dela Rosa repeatedly answered yes when asked again if he would still vote for Sotto as Senate president.

“Napagusapan na namin ‘yan, we will support him. We will maintain the status quo and we will not rock the boat,” he said.

He said he has not counted yet the senators supporting Sotto but said it was already a “done deal.”

Before adjourning the 17th Congress last month, the Senate passed a resolution supporting the continued leadership of Sotto.

The resolution, presented on the floor by Senator Manny Pacquiao, was signed by 13 senators, including him.

Pacquiao said Senator Richard Gordon also called him and asked to sign the resolution for him.

Three of the signatories, however — Honasan, Escudero, and Legarda — are no longer part of the Senate when the new Congress opens on July 22.

A simple majority or 13 of 24 senators are needed to elect a new Senate leader. (Editor: Julie Espinosa)