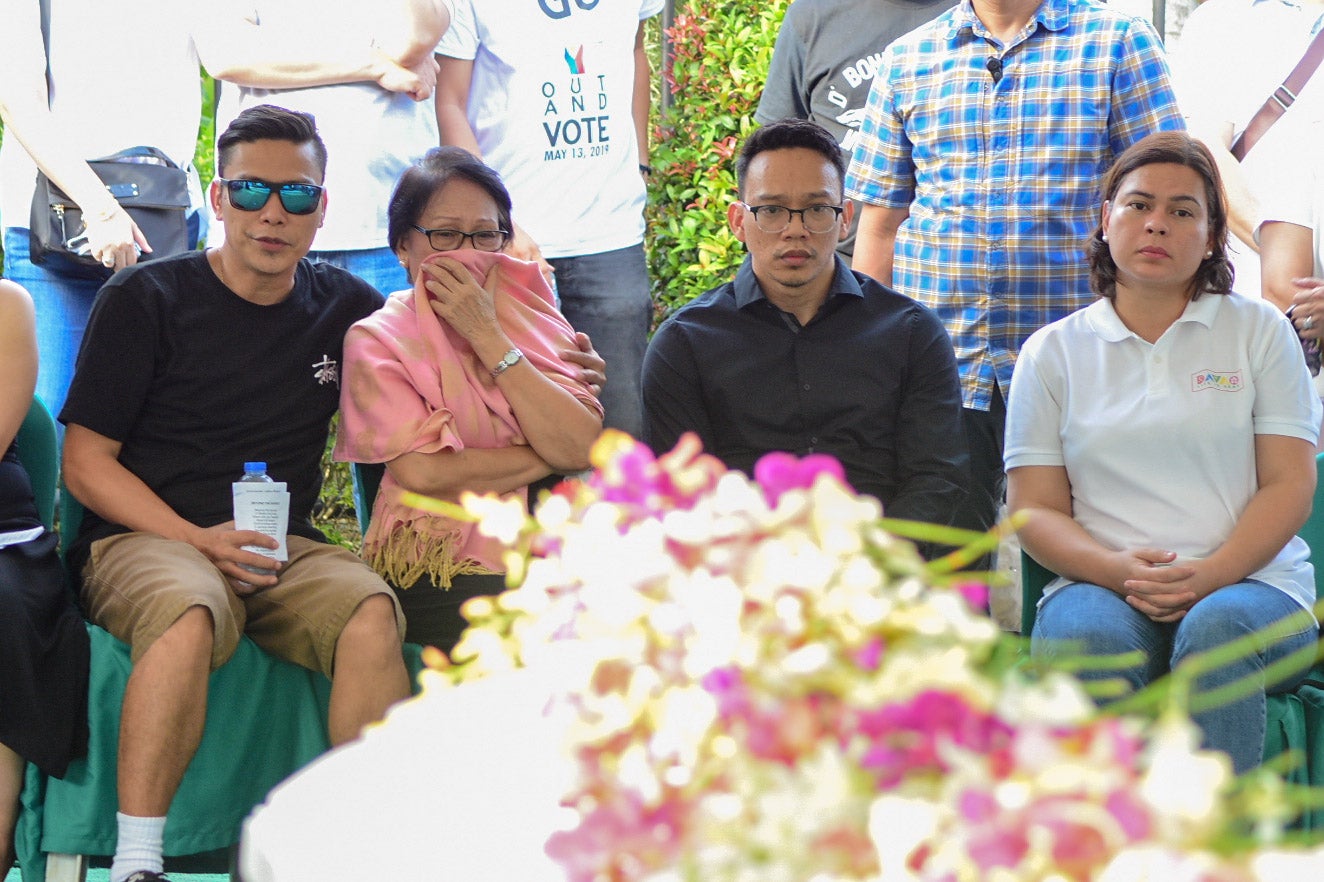 Davao City Mayor Sara Duterte (right) condoles with the family of photojournalist Renato Lumawag as his casket is lowered to the ground during interment rites Saturday, July 6, in Davao City. From left is Lumawag’s son Sikppy, wife Minnie, and another son Tyron. PHOTO BY Arjoy Ceniza

Lumawag, known as Tatay Rene to colleagues, died on Monday, July 1, due to a lingering illness. He was 74.

Among those who joined the interment rites of Tatay Rene was Davao City Mayor Sara Duterte.

Sara joined the funeral procession from the Davao Cosmopolitan Funeral Homes at Camus Street to the Forest Lake Memorial Park-San Pedro along the Circumferential Road.

The interment followed a 2 p.m. prayer service at the Trevi Chapel.

Duterte flew in from Manila, passing by Zamboanga City, just to pay his last respects to Lumawag and condole with his family. 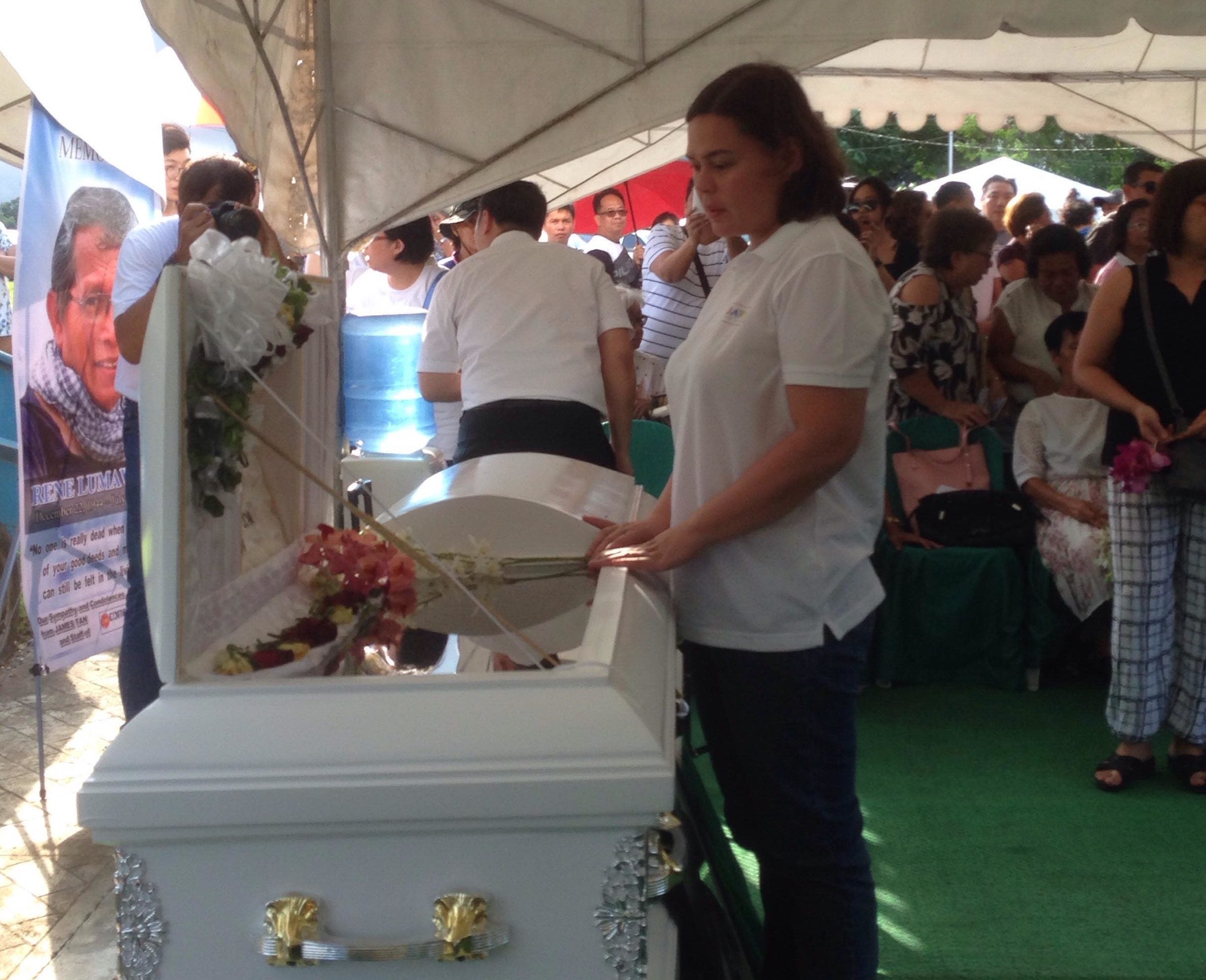 In his more than four decades as a photojournalist, Lumawag has captured historic moments of Davao City and Mindanao.

But his most applauded work is the chronicling of Duterte’s rise in politics, beginning with his appointment as Davao City vice mayor by then President Corazon Aquino following the first EDSA People Power uprising in 1986.

When Duterte became president in 2016, Lumawag joined him in Malacañang as one of his photographers.

Beyond the relationship between lensman and subject, Lumawag and Duterte also developed a deep personal friendship through the years. (Editor: Leti Z. Boniol)