Who will be the next Chief Justice? JBC opens nomination and application

MANILA, Philippines-The Judicial and Bar Council (JBC) has opened the nomination for the position of Chief Justice which will become vacant with the mandatory retirement of Chief Justice Lucas Bersamin on Oct. 18, 2019.

Deadline for the submission of complete sets of application or recommendation with conforme together will all the documentary requirements will be not later than 4:30 p.m. of Aug. 20, 2019. 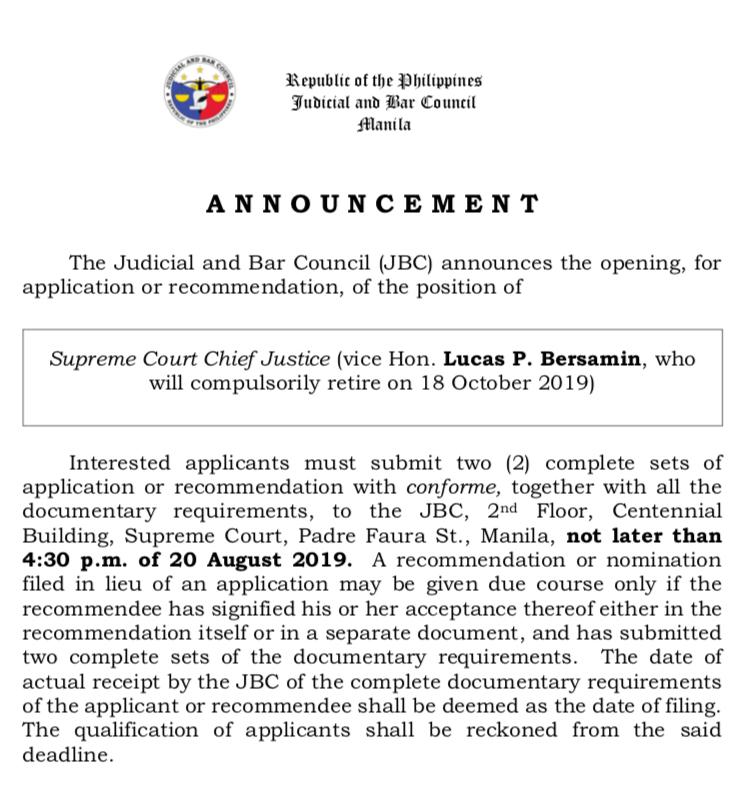 As required by the JBC rules, only nominations with a letter of acceptance from the nominee will be processed. The JBC is mandated by the Constitution to vet applicants in the Judiciary and top positions at the Office of the Ombudsman. It comes up with a shortlist which is then submitted to the President for final decision.

The five most senior Associate Justices of the Supreme Court are automatically nominated but they still have to submit letters of acceptance and other requirements.