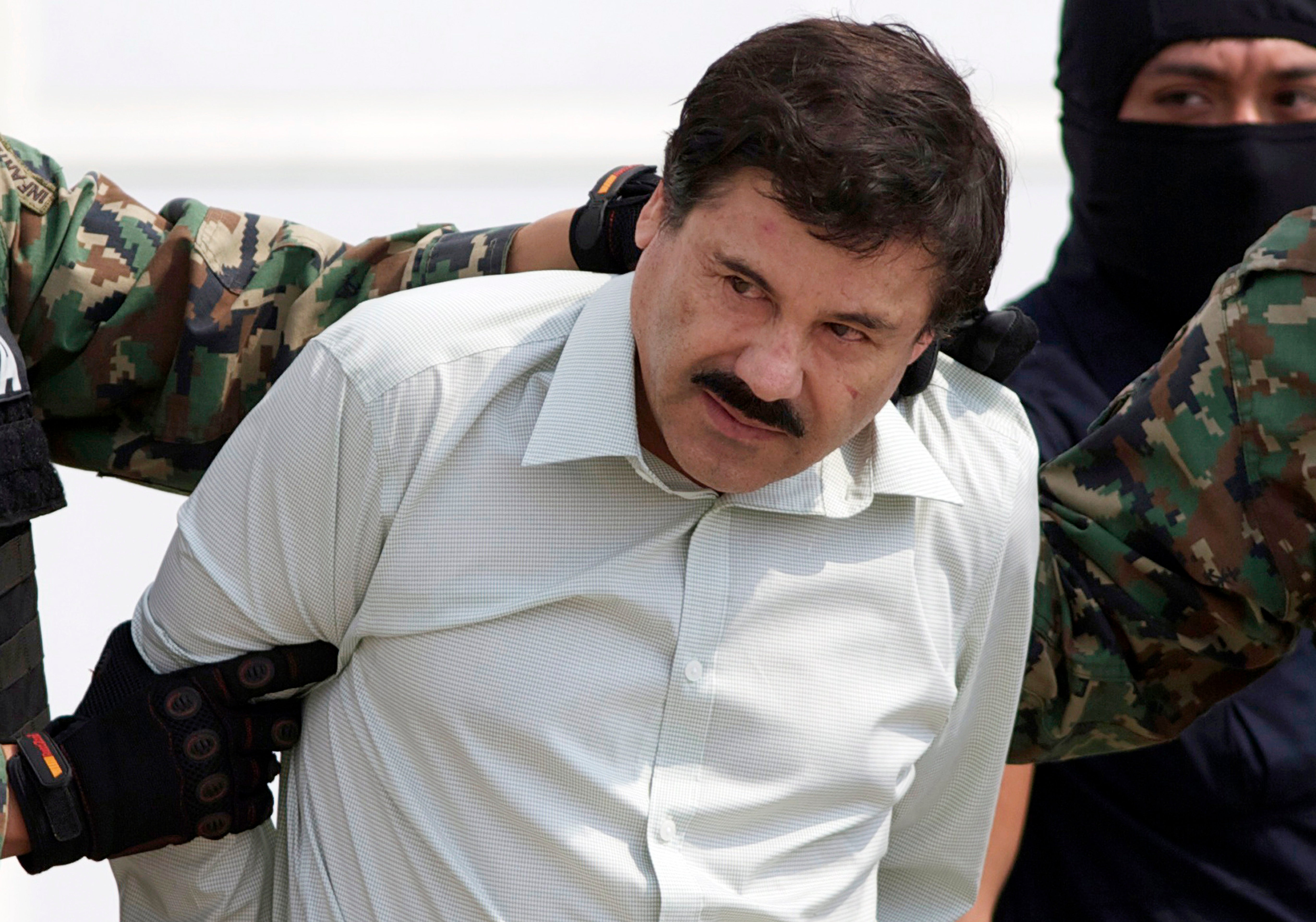 FILE – In this Feb. 22, 2014 file photo, Joaquin “El Chapo” Guzman, the head of Mexico’s Sinaloa Cartel, is escorted to a helicopter in Mexico City following his capture in the beach resort town of Mazatlan. Federal prosecutors want to recover $12.6 billion in drug money they say was generated by the Mexican drug lord. The U.S. Attorney’s Office in Brooklyn asked a judge Friday, July 5, 2019, to order Guzman to forfeit that sum. They called the amount a “conservative” estimate of the cash Guzman’s Sinaloa Cartel earned distributing drugs in the United States. Guzman was convicted in February of murder conspiracy and drug trafficking. (AP Photo/Eduardo Verdugo, File)

NEW YORK — Prosecutors on Friday said they were seeking $12.7 billion from convicted Mexican drug kingpin Joaquin “El Chapo” Guzman, based on a conservative estimate of revenues from his cartel’s drug sales in the United States.

According to a motion filed by US Attorney Richard Donoghue, authorities are “entitled to forfeiture of all property that constitutes or is derived from the defendant’s narcotics-related crimes.”

Based on prices for drugs quoted by various witnesses, Guzman’s 25-year reign atop the Sinaloa cartel netted sales of some $11.8 billion in cocaine, $846 million in marijuana and $11 million in heroin, authorities said.

The money was laundered and used to pay the cartel’s workers and suppliers, as well as used to purchase communications equipment and “planes, submarines and other vehicles.”

“The government need not prove that the defendant can pay the forfeiture money judgment; it need only prove by a preponderance of evidence that the amount it seeks is forfeitable,” prosecutors said.

Guzman’s lawyer, Jeffrey Lichtman, told US media that the demand is “largely an academic exercise as the government has never located or identified even a penny of this $12.7 billion in proceeds supposedly generated by Mr. Guzman.”

Guzman, 62, was found guilty in February following a three-month trial for trafficking hundreds of tons of cocaine, heroin, methamphetamines and marijuana to the United States over the course of 25 years.

He was also convicted on money laundering and weapons possession charges by jurors who heard how he had beaten, shot and even buried alive those who got in his way.

A former El Chapo associate said during the trial that the drug kingpin lived a lavish lifestyle in the 1990s — the height of his power — with four jets for traveling the world, a beachfront mansion in Acapulco and a private zoo on his sprawling estate in Guadalajara.

It was not clear which assets Guzman still possesses following his extradition to the United States in January 2017 and which have been transferred to family and friends.

Guzman is set to be sentenced on July 17, and is expected to be ordered to spend the rest of his life in prison.  /muf