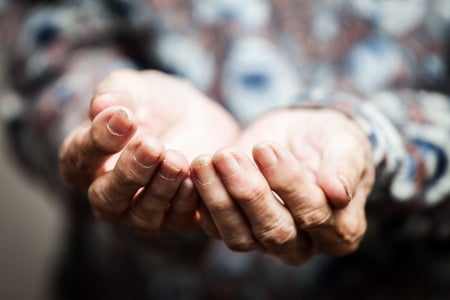 The beggars rounded up this week were found with Chinese passports and tourist visas.  Image: INQUIRER.net Stock Photo

Beggars on the streets of Melbourne have been accused of being fake after citizens noticed that they appeared to be organized and part of a syndicate.

The beggars were confronted on Monday and Tuesday by Victoria Police, news.com.au reported on Friday, July 5.

Seven beggars, several of them with Chinese passports and tourist visas, were charged with begging-related offenses. Police confiscated cash and belongings which were suspected as proceeds of the crime.

In June, a video of an elderly woman in an alley who refused to have video footage of her taken circulated, as per the Australian news site. The person who uploaded it to Reddit claimed that the beggars, described as “Asian women,” would meet in front of the state library at night to take a tram.

A Victoria Police spokesperson acknowledged in the June report that “a small number of professional beggars target the CBD at times.”

She said, “We know this behavior can result in the public feeling anxious or unsafe, particularly if the person begging is acting aggressively. Victoria Police continually tasks resources to enforce legislation relating to this behavior and provide community reassurance.”

Police cracked down on a group of fake beggars in February, the Herald Sun via news.com.au reported. A group of up to 10 was part of the scam and it was found that they had houses and a car. A 2015 Salvation Army report found that beggars in the Melbourne central business district could earn up to AUD400 (about P14,000) a day.  Niña V. Guno /ra