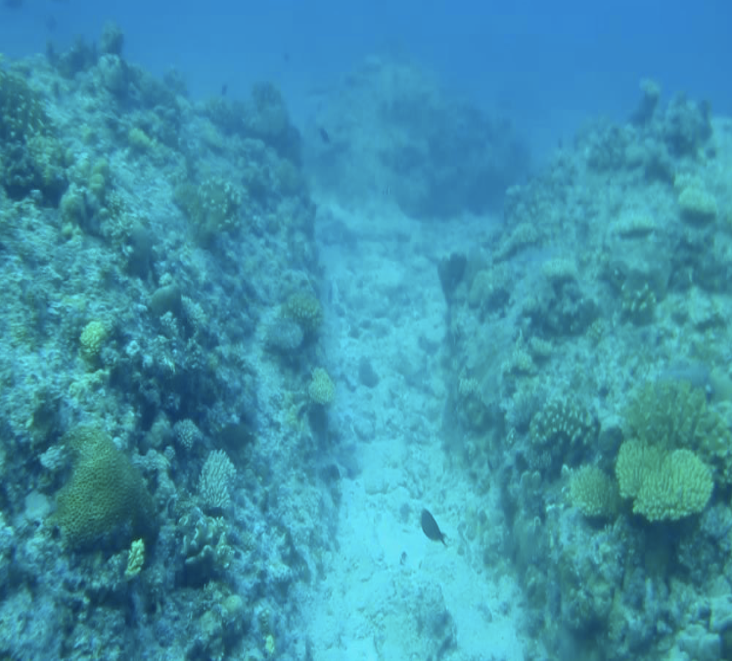 CORAL DESTRUCTION Marine scientists recently found this gouged coral seabed in the Kalayaan Island Group in the West Philippine Sea. Malacañang says it will take action on reef destruction allegedly by illegal Chinese fishermen and China’s artificial island building that amounts to billions of pesos in unrealized benefits to the Philippines. —PHOTO COURTESY OF DR. FLORENCE ONDA OF THE UNIVERSITY OF THE PHILIPPINES MARINE SCIENCE INSTITUTE

Malacañang on Thursday said it would direct concerned agencies to investigate reports that the Philippines was losing P33 billion a year from damaged reef ecosystems caused largely by China’s artificial island building and illegal fishing in the South China Sea.

Presidential spokesperson Salvador Panelo said the Department of Agriculture (DA) should first probe the claim of maritime experts that more reefs face destruction due to foreign encroachment before the government takes any action.

“We don’t know about that, we have to let the particular agency or department responsible for that (to investigate),” Panelo said in a press briefing.

He said the DA should conduct a study “to validate that particular finding of one particular group,” referring to the findings by marine scientists and maritime law experts from the University of the Philippines.

“We will always be concerned if it affects the security of the state and if affects the general welfare of the people,” Panelo said.

Deo Florence Onda, a scientist with the University of the Philippines’ Marine Science Institute (UP MSI), on Wednesday cited a 2012 study by a Dutch company, Elsevier, one of the world’s major providers of scientific, technical and medical information, which said the value of a reef ecosystem—benefits, services and climate regulation—amounted to about P18 million per hectare annually.

With satellite images showing that the damaged reef ecosystems at Panatag (Scarborough) Shoal covered 550 hectares and 1,300 ha in the Spratlys group, the destruction would total about P33.1 billion a year.

While the reefs remain damaged, the country loses that much annually, Onda said at a forum organized by the conservation group Oceana Philippines.

He said the amount was conservative, considering that the reef ecosystem in the Philippines was more complex than in other countries.

Wiped out in 5 yrs

While the Chinese are not the only poachers in Philippine waters, the mass harvesting of giant clams by Chinese fishermen and China’s massive reclamation to build seven artificial islands caused the most severe damage, the maritime experts said.

“We aren’t joking when we say that if we do not stop Chinese fishers from our seas, they will likely drain all our marine resources in just a few years,” said Jay Batongbacal, director of the UP Institute of Maritime Affairs and the Laws of the Sea.

“In Scarborough Shoal, they even destroy the reefs themselves … If this continues, the shoal would be completely wiped out in five years,” Batongbacal told the forum.

Asked if the government sees the need to prevent Chinese fishermen from destroying more coral reefs, Panelo said the government has not even validated the report.

“When we arrive at that point, we will know what to do. Right now, we don’t even know if it’s true or not,” he said.

“That’s why I said the specific department concerned with that should conduct an inquiry into that matter and then the government will undertake measures.”