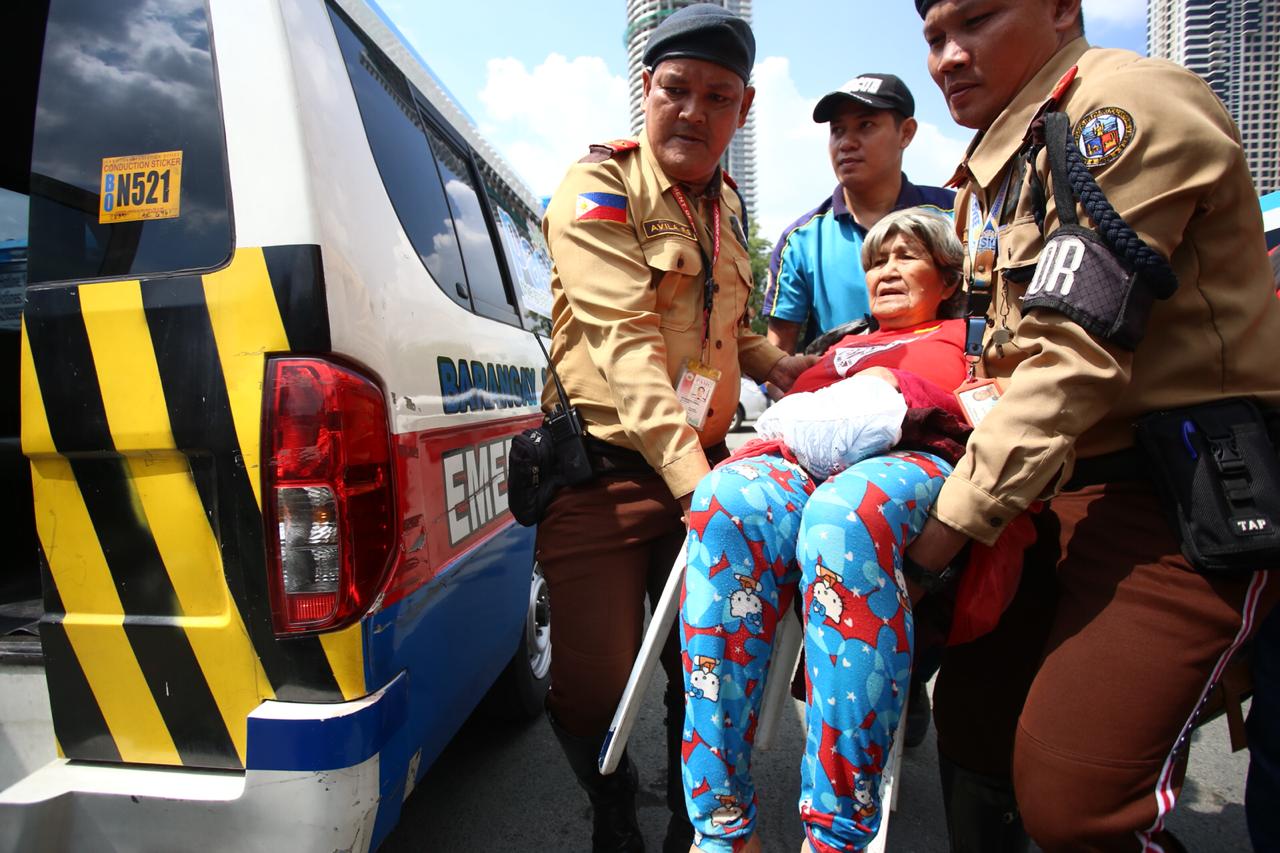 Supporters who attend the 90th birthday celebration of former First Lady Imelda Marcos are given medical aid due to alleged food poisoning during the celebration at the Ynares Sports Arena in Pasig. INQUIRER PHOTO / Jam Sta. Rosa

The Philippine Health Insurance Corp. said on Thursday that the over 200 people who reportedly suffered food poisoning during the birthday party of former first lady and Ilocos Norte Rep. Imelda Marcos could charge their hospital expenses to the agency.

“We want to assure those affected that in case hospitalization is required, they can bank on their PhilHealth coverage for financial protection,” PhilHealth president and CEO Ricardo Morales said in a statement.

According to Morales, victims who are PhilHealth members and need to be confined in public or private hospitals may avail of their benefits.

On the other hand, non-PhilHealth members confined in government hospitals may also avail of its Point of Service program.

Under its existing package, PhilHealth will pay up to P6,000 for food poisoning or acute gastroenteritis with moderate to severe dehydration for a member confined in accredited hospitals.

On Wednesday, over 200 friends and supporters of Marcos were rushed to hospitals in Pasig City after they fell ill due to suspected food poisoning.

The victims were served a meal consisting of rice, boiled eggs and chicken adobo. The VIP guests, however, were given different food. —JEROME ANING