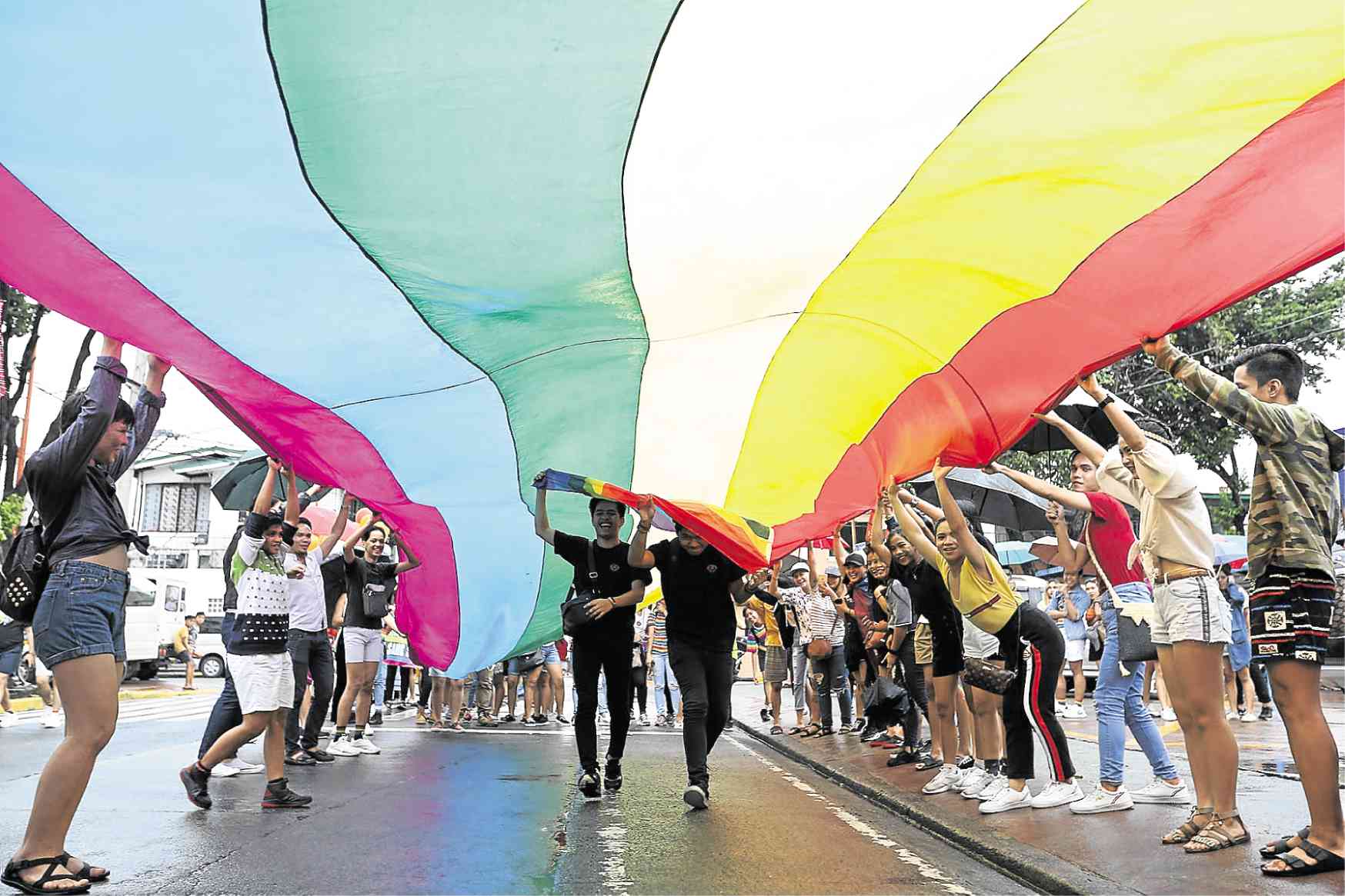 Pasig City may soon count itself among the growing number of cities in Metro Manila that have made it a crime to discriminate against members of the lesbian, gay, bisexual and transgender (LGBT) community.

Councilor Rhichie Brown of the city’s first district told the Inquirer that one of his priorities would be the passage of an antidiscrimination ordinance similar to the one recently enacted in Marikina City.

According to him, he tried without success to introduce a similar ordinance in 2014 although he was now more confident of its approval under newly elected Mayor Vico Sotto.

Brown said he would base his version on the Anti-Discrimination Ordinance of Quezon City, which became the first in Metro Manila to pass such a measure in 2014. It was hailed at the time as the most comprehensive local law protecting LGBT residents in schools, workplaces and communities.

Cities such as Mandaluyong and Malabon have also passed antidiscrimination laws, but Pasig, with a population of more than 700,000, would be the largest by far since Quezon City to pass such an ordinance.

“We are a little delayed,” admitted Brown, who added:  “Things are changing so we will push for equality for them.”

Discrimination on the basis of sexual orientation and gender identity and expression (Sogie) was most recently banned in Marikina after Mayor Marcelino Teodoro signed City Ordinance No. 065 during the annual Pride March held in the city on Saturday.

Teodoro told the Inquirer it was “high time” to enact local bills that would institutionalize equality, arguing it was necessary for chief executives to step in after the Senate failed to pass a national Sogie bill that had sailed through the House of Representatives.

Sen. Risa Hontiveros sponsored the measure in the Senate in 2016, but it stalled at second reading despite six interpellations and five inquiries. Senate President Tito Sotto has opposed the bill, along with Senators Manny Pacquiao and Joel Villanueva.

“That is our call to all the cities and municipalities not only here in Metro Manila but the whole country,” Teodoro said. “That’s the reason why we had a symbolic signing of the ordinance during the Pride March: To show everybody that this is the right thing to do.”

Under Marikina City’s far-reaching ordinance, refusing to provide goods and services, employment, admission to a school, and housing and lodging on the basis of one’s Sogie would be punishable by imprisonment of at least 60 days up to a year, or a fine ranging from P1,000 to P5,000, or both.

“We are addressing the structural defect of inequality,” said Teodoro, who added that it was imperative for mayors to treat everyone fairly. “We do not simply tolerate [the LGBT community], we accept them and recognize them as part of our progress and development.”