Ex-Malaysian PM’s stepson to be charged with money laundering |

Ex-Malaysian PM’s stepson to be charged with money laundering 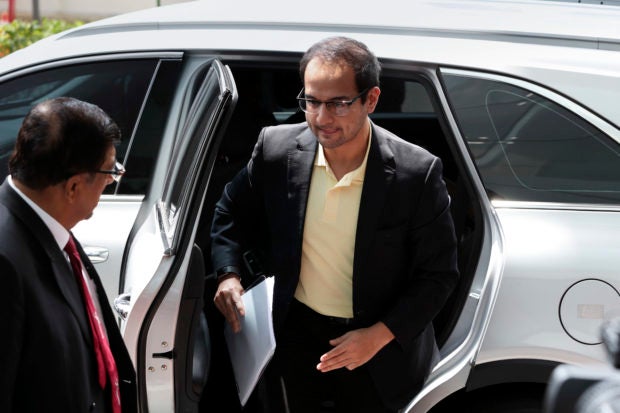 KUALA LUMPUR — Malaysia’s anti-graft agency said Thursday it has detained Riza Aziz, the stepson of former Prime Minister Najib Razak and a Hollywood film producer, and will charge him with money laundering.

Anti-Corruption Commission chief Latheefa Koya said Riza was picked up Thursday but has been released on bail.

“He has to appear before the court tomorrow to face charges under AMLA,” she said, referring to the Anti-Money Laundering, Anti-Terrorism Financing and Proceeds of Unlawful Activities Act 2001. She declined to give details.

Riza was quizzed last July by the agency over alleged theft and money laundering at the 1MDB state investment fund.

Alleged corruption at the 1MDB fund helped bring on the unexpected defeat of Najib’s coalition in May 9 polls last year. The new government reopened investigations that were stifled while Najib was in office.

Najib is currently on trial for alleged criminal breach of trust, abuse of power, and money laundering linked to 1MDB. He has denied the charges. His wife, Rosmah Mansor, also has pleaded not guilty to money laundering and tax evasion related to 1MDB but her trial date has not been set.

“Despite the settlement in the U.S. and the fact that alleged wrongdoings occurred entirely outside of Malaysia, the MACC decides to press charges after a whole year of leaving this case in cold storage. He is not a criminal,” she wrote on Instagram, accompanied by a picture of her with Riza taken earlier Thursday before his arrest. /kga