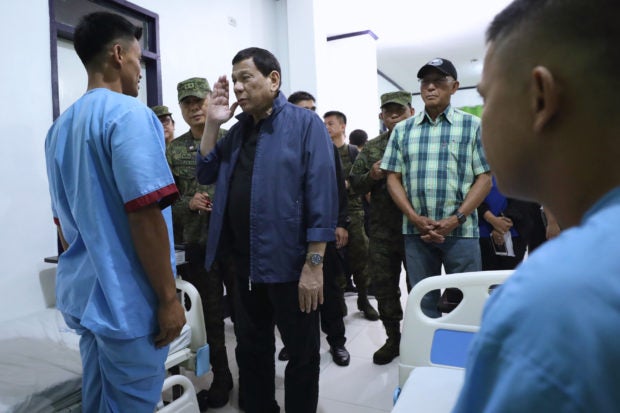 The President also posthumously awarded the Order of Lapu-Lapu, Rank of Kalasag to two Army soldiers, Pfc. Dominique Inte and Pfc. Recarte Alban Jr. who were killed as a result of the explosions last June 28. 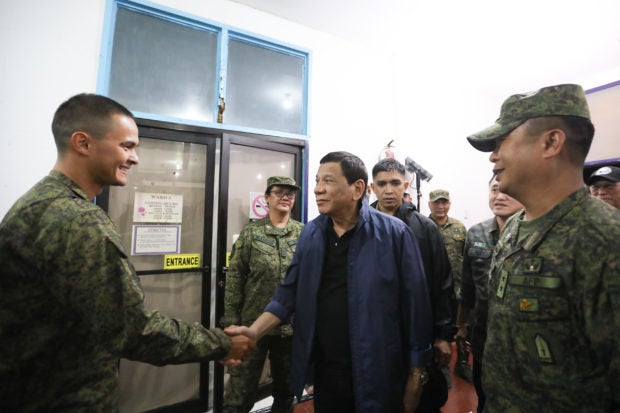 The Order of Lapu-Lapu is given to persons in government or those in the private sector who have rendered extraordinary service to the success of the President’s campaign or advocacy.

The Kalasag Medal is awarded to those who “lost their lives” in carrying out duties for the President’s campaigns or advocacies while the Kampilan Medal is conferred on persons who were seriously wounded or suffered great loss of property as a direct result of their participation in such actions.

Duterte had earlier posthumously awarded the Order of Lapu-Lapu with the Rank of Kalasag to Cpl. Richard Macabadbad when the President paid a visit at the soldier’s wake at the Libingan ng mga Bayani in Fort Bonifacio. (Editor: Gilbert S. Gaviola)