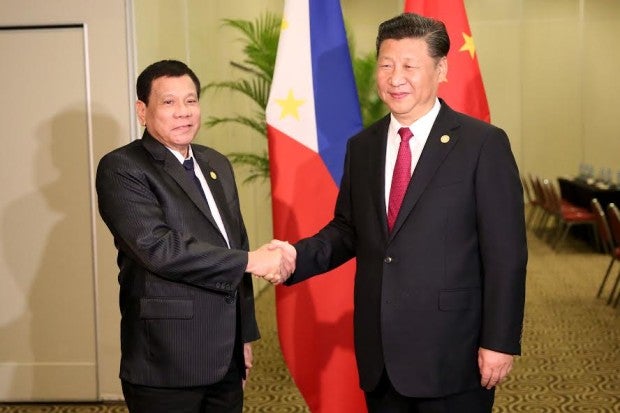 This, even as some Cabinet officials claimed that it is not enforceable.

Cabinet Secretary Karlo Nograles earlier said the fishing deal was just an “agreement to agree” and was meant to keep the two countries’ communication lines open over the West Philippines Sea dispute.

Panelo, who is also Duterte’s chief legal counsel, claimed that the deal is actually being enforced in the disputed territories of the West Philippine Sea.

The Palace official has claimed that the agreement allowed Filipino fishermen to return to Scarborough Shoal, which China occupied after a standoff with the Philippines in 2012.

The fishing agreement was supposedly agreed upon by the two leaders during Duterte’s state visit to Beijing in 2016 but was only publicized last week following the ramming and sinking of a Filipino fishing boat by a Chinese vessel at Recto Bank.

However, the Philippine Coast Guard (PCG) also said they are unaware of the deal between Duterte and Xi.

Lawmakers and law experts have criticized the verbal agreement as a violation of the Constitution, which called for the state to protect its territory and reserves the use of its resources, including those within its EEZ, for Filipinos. (Editor: Katherine G. Adraneda)