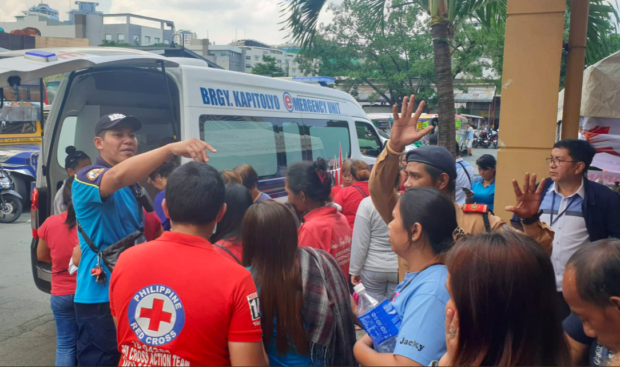 “According to reports, an estimated 2,000 participants were present in which at least 137 individuals suffered vomiting and dizziness,” PRC said in an earlier Twitter post.

But as of 5:30 p.m., several hospitals in Pasig and nearby cities admitted a total of 261 people who fell ill after attending the birthday party of the former first lady, who turned 90 on July 2.

Eight PRC ambulances responded to an alleged food poisoning in a private celebration at the Ynares Sports Complex at 11:20 this high noon, July 3. According to reports, an estimated 2,000 participants were present in which at least 137 individuals suffered vomiting and dizziness. pic.twitter.com/cgsuj2iySr 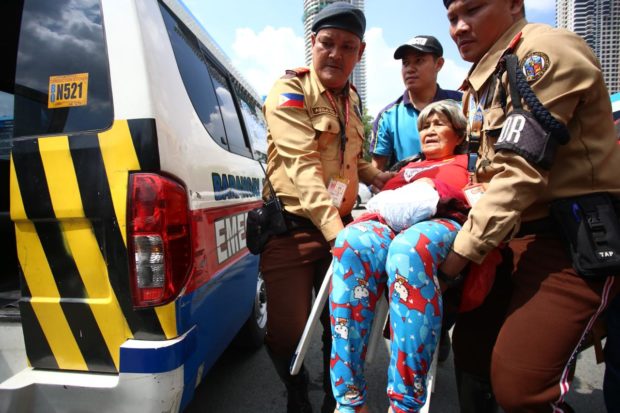 Supporters who attend the 90th birthday celebration of former First Lady Imelda Marcos are given medical aid due to alleged food poisoning during the celebration at the Ynares Sports Arena in Pasig. INQUIRER PHOTO / Jam Sta. Rosa

“PRC medic teams are currently responding to an alleged food poisoning incident at the Birthday Celebration of Ms. Imelda Marcos at Ynares Sports Complex this morning,” Gordon said in a Twitter post.

“They transported 3 patients to Rizal Medical Center and assisted 25 other individuals. Updates to follow,” he added.

The Eastern Police District (EPD) earlier said there were more or less 2,500 visitors present at the event.

The EPD said paramedics and first responders rushed to the scene to attend to the victims, who had episodes of vomiting  and abdominal discomfort.