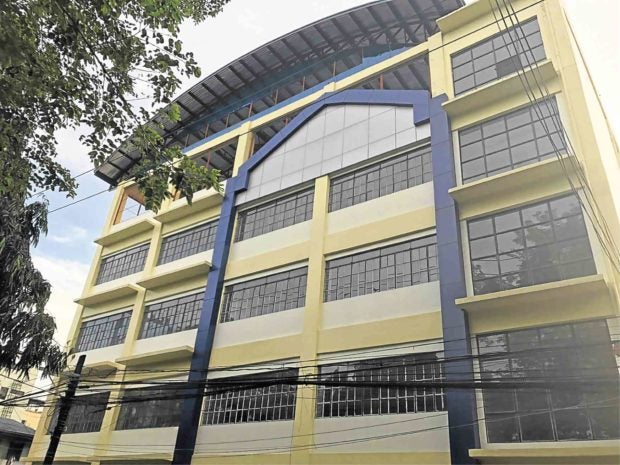 The school site, a four-story building with 20 classrooms and a rooftop gym, has sat unused on a 741-square-meter lot in Barangay West Crame since 2015. It can accommodate about 600 students.

Built at a cost of P38.8 million, the school was funded through the Priority Development Assistance Fund of Zamora’s father, Rep. Ronaldo Zamora, who was at odds with Mayor Guia Gomez, the city’s chief executive at that time.

“Because of politics, it never opened,” said the younger Zamora who defeated Gomez’s step-granddaughter, former Vice Mayor Janella Ejercito Estrada, in the May 13 elections.

He told the Inquirer that the school would open its doors to students before the end of July.

Joel Torrecampo, the Department of Education’s (DepEd) acting schools division superintendent in San Juan, said in 2017 that the school could not be opened due to safety concerns, as it was located 50 meters away from a firing range of the Philippine National Police.

Stray bullets believed to be from the firing range were reportedly found on the school grounds by a caretaker, making the area “dangerous for students.” The PNP responded by raising the height of the fence around the firing range.

Torrecampo also wrote to Gomez to ask that the building, which had been turned over to DepEd, be “transferred to the local government for its proper determination of usage.”

This led to a back-and-forth between DepEd and the city government which was never resolved, leaving the classrooms — already furnished with blackboards, electric fans and fluorescent lights — unoccupied since Dec. 8, 2015.

His father, however, argued that the use of the building could not be changed because funding had been allocated under the General Appropriations Act specifically for a school.

Although Barangay West Crame has the largest population among San Juan’s 21 villages, there are no public schools in the area. The nearest are Camp Crame Elementary School, which is already in Quezon City, and Pinaglabanan Elementary School, around two kilometers away.

Zamora said that despite the July opening, enrollees would still be able to complete the current school year. Other public schools opened on June 3.

Before she stepped down, Gomez expressed hope that Zamora would continue her own proposed Emilio Jacinto National High School, for which land had already been expropriated. The city’s lone public secondary school, San Juan National High School, was increasingly becoming congested, she said.

But Zamora was unsure if funds had been allocated for Gomez’s project.

“We will have to produce the funding for the second high school,” he told the Inquirer, adding, “But that is also something that I’ve been planning to build, even way before.”