2 arrested for alleged extortion of vendors in Manila 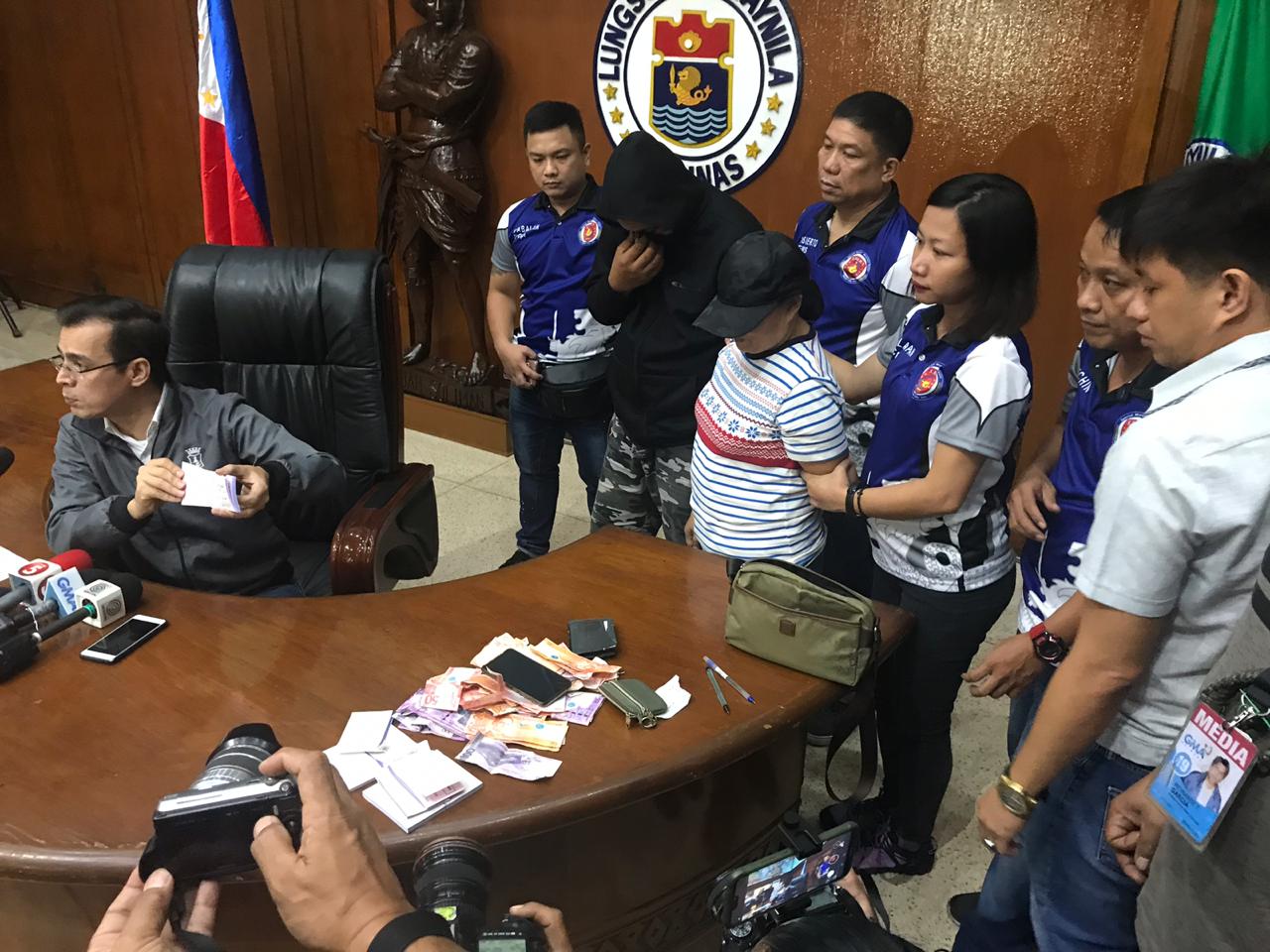 MANILA, Philippines — Two suspected extortionists of vendors were arrested in an entrapment operation in Manila on Tuesday morning.

In a press conference at the Manila City Hall, Manila Mayor Francisco “Isko” Moreno Domagoso said the arrest came after he received a complaint that the suspects are engaged in extortion along Blumentritt St. corner Felix Huertas in Sta. Cruz.

Operatives of MPD SMART under Maj. Rosalino Ibay Jr. then conducted the entrapment and apprehended the suspects along Blumentritt at 8:45 a.m.

According to Moreno, the arrested suspects collect money from vendors “on behalf of the Manila City government.” They then issue the vendors fake receipts.

Moreno added that the arrested suspects also reportedly threatened a complainant with  a gun.

Cortez told reporters that she had been demanding P30 from vendors for “cleaning operations.”

Cortez admitted that she makes P25,000 from her extortion activities.

Cortez also bared that a certain “Mr. Puson” authorized them to extort from the vendors.

The suspects are now detained at the MPD SMART while charges of robbery-extortion are being readied against them. (Editor: Mike U. Frialde)