Look like a princess: Diana’s workout sweatshirt for sale 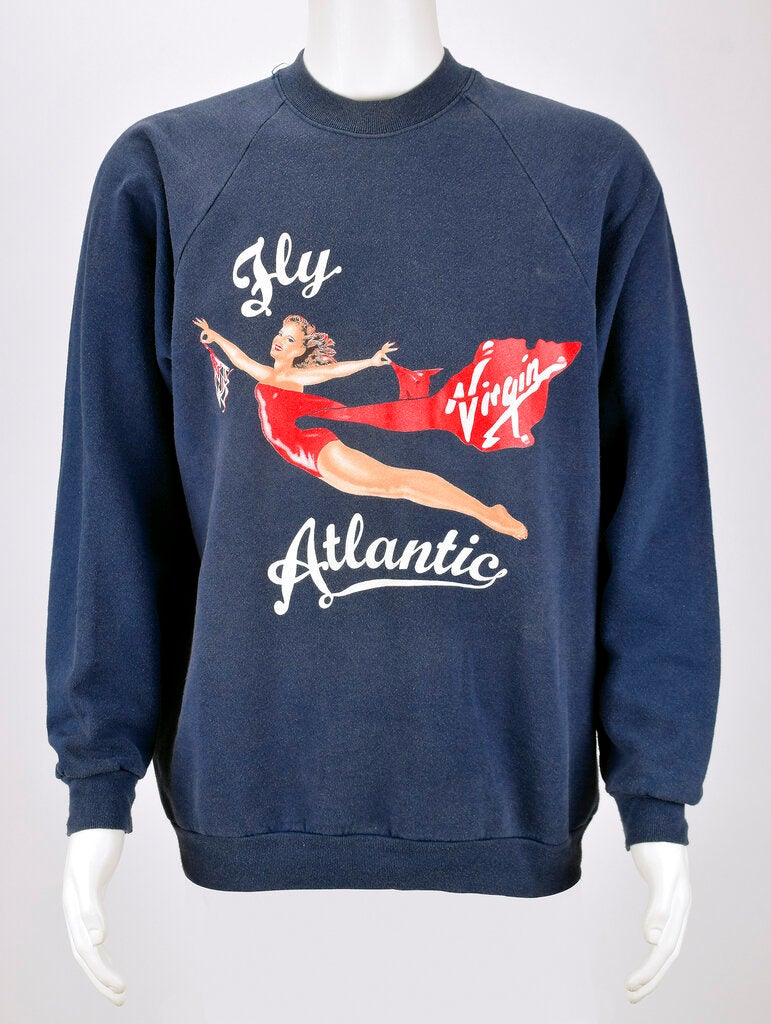 BOSTON — The baggy Virgin Atlantic sweatshirt Princess Diana wore to discourage media interest in her exercise routine is for sale.

Boston-based RR Auction says the dark blue cotton-polyester sweatshirt that was a gift from airline founder Richard Branson is expected to get more than $5,000 during the online auction.

The garment features the airline’s ‘flying lady’ logo with the words “Fly Atlantic” in white.

In a letter that comes with the shirt, Rivett writes that Diana thought there were more pressing issues in the world to worry about, so wearing the same thing to every session would be “a good way to stop the media frenzy.”