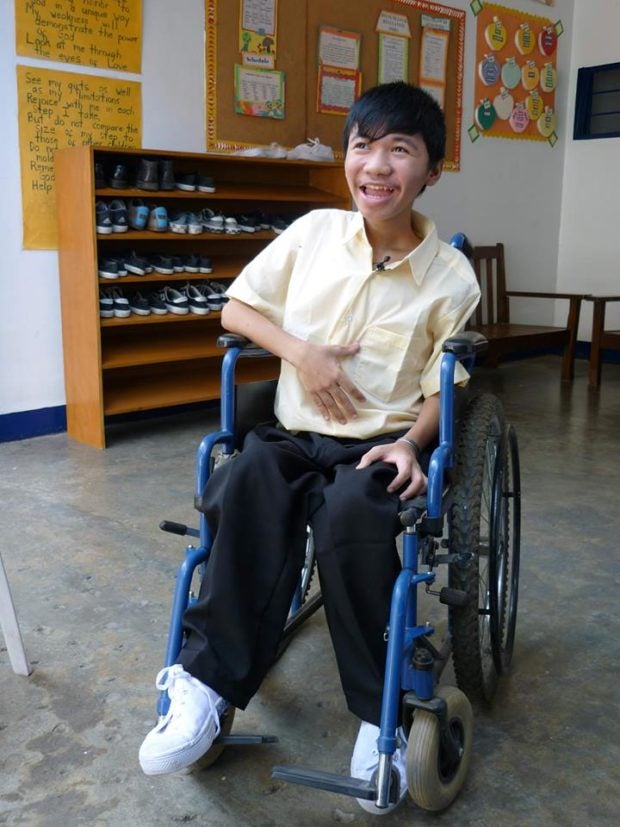 MANILA, Philippines — The Church in Manila is seeking more information on the “virtues” of Darwin Ramos, a street kid recently declared “Servant of God” by the Vatican, the first step to sainthood, more than six years after he died from a degenerative disease.

The Vatican declaration has put Ramos’ life and deep devotion to the Catholic faith — from the time he was baptized until he died from muscular dystrophy at the age of 17 in September 2012 — in the spotlight in the predominantly Catholic country.

Bishop Honesto Ongtioco has issued an edict urging everyone to provide the Diocese of Cubao in Quezon City with any writings about Ramos.

The goal, he said, was to acquire as much information as possible about the life and faith of Ramos as part of the process for his sainthood.

“We want to gather as much data as we can regarding his virtues, his life, to prove his sanctity. We need feedback from people who knew him,” Ongtioco told reporters.

Ramos was declared Servant of God on March 29 by Cardinal Angelo Becciu, prefect of the Congregation for the Causes of Saints, in Rome.

The congregation later gave the Cubao diocese the green light to look into the life of Ramos.

The long process to sainthood begins with the examination of the candidate’s life. Beatification follows once a miracle attributed to the candidate is verified.

Ongtioco initiated the process for Ramos’ beatification on the request of The Friends of Darwin Ramos Association, according to ucanews.com.

Ramos was born in the slums of Pasay City on Dec. 17, 1994. To help his poor family, he and a younger sister scavenged for plastic waste on the streets that they later sold, according to news reports.

At 7, he was diagnosed with Duchenne muscular dystrophy until his muscles weakened and he could no longer stand.

In 2006, he was rescued by Tulay ng Kabataan, a foundation that looked after street children, and lived in Our Lady of Guadalupe Center, a home for handicapped boys. There he discovered the Catholic faith and received the sacraments of baptism and confirmation.

While his physical condition deteriorated over the years, his faith and personal relationship with Christ also deepened, according to Ongtioco.

“From that day, his reputation of holiness has never been tarnished, evidence of which was gathered showing that his life bore much fruit,” Ongtioco said in the edict.

“His memory is still alive and over the years, his reputation of sanctity continues to rise,” he said.

In the edict, the bishop directed all to submit any writing attributed to Ramos, whether published or unpublished, to the Diocesan Tribunal of First Instance of the Cubao Diocese, or by e-mail at [email protected]

Ongtioco also invited those with adverse information on Ramos to come forward and inform the diocese.

“We also invite all the faithful to directly communicate all information, which may lead in some way to doubt the reputation of sanctity of Darwin Ramos,” he said.