MANILA, Philippines — A 28-year-old woman was killed while her two companions sustained serious injuries after five men peppered them with bullets on Sunday in Malabon City.

Yrria Jean Quilo, Marivic Damaso, 30, and Leo Buenaventura, 30, were walking home from a birthday party at Sitio 6 in Barangay Catmon around 10 p.m. when they were shot.

The victims were rushed to Jose Reyes Memorial Medical Center where Quilo died.

Damaso and Buenaventura, on the other hand, were reported to be in critical condition.

“It could be revenge as one of the victims, Buenaventura, had a previous murder case. Another angle we’re looking into is the deceased’s [reported involvement] in installing illegal electrical and water jumpers in the neighborhood,” Thompson told the Inquirer.

Col. Jessie Tamayao, Malabon police chief, ordered a hunt for the suspects, three of whom were identified as PJ Montejo, Warren and Kim. —Nikka G. Valenzuela

In a meeting with senior officers of the BSP, Pagdanganan asked members for their support to ensure the implementation of the movement’s programs. 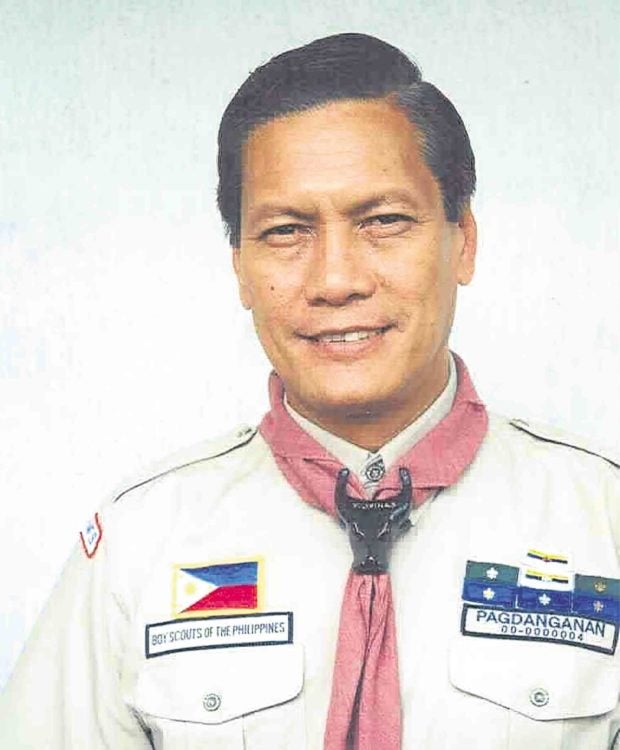 “We are the last frontier. There are many distractions that threaten to take away young members from us. We need to be competitive, we need better programs that will interest prospective members to our side,” he said.

Pagdanganan is not new to the scouting movement. He was elected BSP president in 1998 and 1999 but resigned midway through his term to run for senator.

Rescue just a text message away for Valenzuela residents

MANILA, Philippines — Residents of Valenzuela City who are stranded due to floods can now ask for emergency rescue assistance via the Alert Button app.

After tracking the location of the registered user, the Alert (short for Allied Local Evacuation and Emergency Response Team) smartphone application will send a distress message to authorities.

The app does not need an internet connection although the user will be charged for text messages and calls.

To register, residents must go to Valenzuela City’s Alert Center in front of city hall in Barangay Malinta with a valid identification card.

Those under 13 years of age must be accompanied by a guardian. —Nikka G. Valenzuela