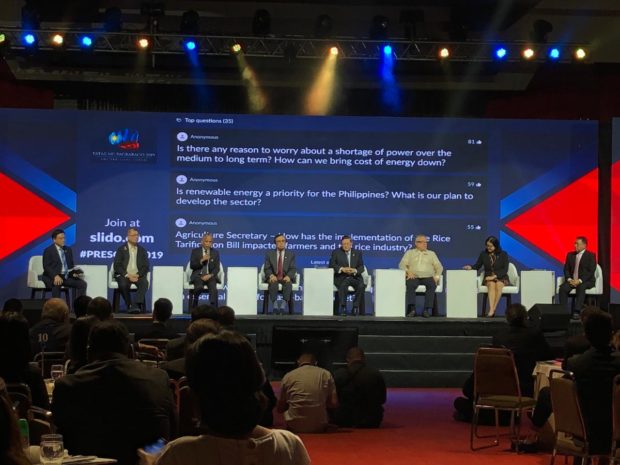 MANILA, Philippines – The government is targeting to have 105 million Filipinos enrolled in the national ID system once it is fully implemented in 2022, Socioeconomic Planning Secretary and National Economic and Development Authority (Neda) chief Ernesto M. Pernia said Monday.

Speaking at the pre-State of the Nation Address (SONA) Economic and Infrastructure Forum at the Philippine International Convention Center (PICC) in Pasay City, Pernia said the government is currently in the process of procuring the technologies needed for the implementation of the national ID system or Philippine Identification System (PhilSys).

The national ID system would serve as a single identification which would benefit Filipinos, including those living overseas and resident aliens who are at least five years old.

The ID would contain information such as biometrics (thumbprint, iris and face scanning), full name, gender, date of birth, place of birth, blood type, and address.

The ID would also indicate if the holder is a Filipino or a resident alien.

“We are fast-tracking the implementation of the ID system. We are now in the stage of procuring the different technologies that are needed such as the automated biometric information system,” Pernia said.

Pernia said final testing would be done to ensure that the system is “flawless” and “perfected”.

“We expect to do multiple final tests between September and December to make sure that the system is flawless, it is perfected before we branch out the registration and enrolment of citizens starting in 2020 and by mid-2022 we should have already enrolled around 105 million Filipinos,” Pernia said.

Lourdines dela Cruz, PSA deputy national statistician, earlier said that initial implementation of the law would happen in September this year, with around six million Filipinos targeted for registration.

Indigents, people with disabilities (PWDs) and government workers in several key areas will be prioritized upon the implementation of the law. (Editor: Gilbert S. Gaviola)