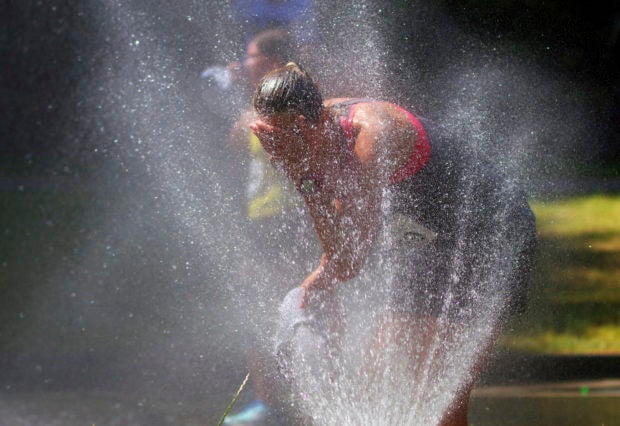 People enjoy water from firefighters at a half marathon in Hamburg, Germany, Sunday, June 30, 2019. (Markus Tischler/dpa via AP)

A later reading showed the mercury climbing to 39.3 degrees Celsius (102.7 F) but DWD says it hasn’t been confirmed.

The high of 38.6 Celsius registered on Wednesday beat a June record in Germany that had stood since 1947.

An early summer heat wave has baked parts of Europe since Tuesday.

While addressing the faithful assembled in St. Peter’s Square on another uncomfortably hot day in Rome, Pope Francis said he wished all workers a period of rest during the summer, saying the break would be good for them and their families.

Francis said he was praying for “all those who particularly suffer the consequences of the heat,” including people who were ill, elderly or with jobs requiring long hours outdoors.

He prayed that no one be exploited or abandoned to their suffering.

Rome has sweated through high humidity and temperatures in in the high 30s Celsius (high 90s F).

The rest of Italy and much of the rest of Europe, particularly France, have also sweltered.

The intense heat took its toll on athletes at several sporting events in Germany over the weekend. 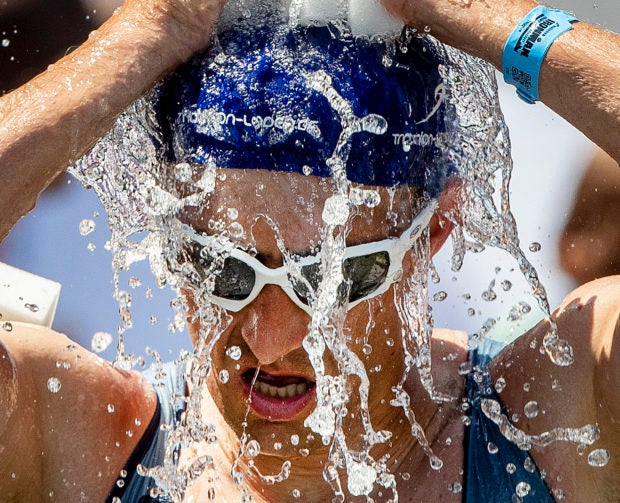 An unidentified athlete cools himself down with water in the marathon portion during the Ironman Triathlon in Frankfurt, Germany, Sunday, June 30, 2019. (AP Photo/Michael Probst)