Batanes under Signal No. 1 as ‘Egay’ continues to affect PH 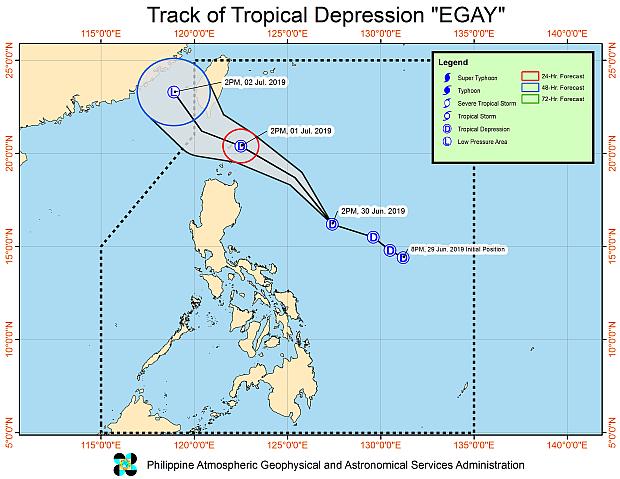 MANILA, Philippines — The Philippine Atmospheric, Geophysical and Astronomical Services Administration (Pagasa) on Sunday raised Tropical Cyclone Warning Signal No. 1 over the province of Batanes as Tropical Depression “Egay” continues to affect the country.

According to Pagasa’s 5 p.m. weather bulletin, Egay was located about 545 km east of Casiguran in Aurora as of 4 a.m., with maximum sustained winds of 55 kph near the center and a gustiness of up to 65 kph.

Pagasa advises residents of affected areas, especially those living in areas considered high risk for flooding and landslides, to take precautions and coordinate with local authorities.

Egay is the fifth storm to hit the country this year, Pagasa said.