Trump arrives at DMZ for meeting with Kim Jong Un 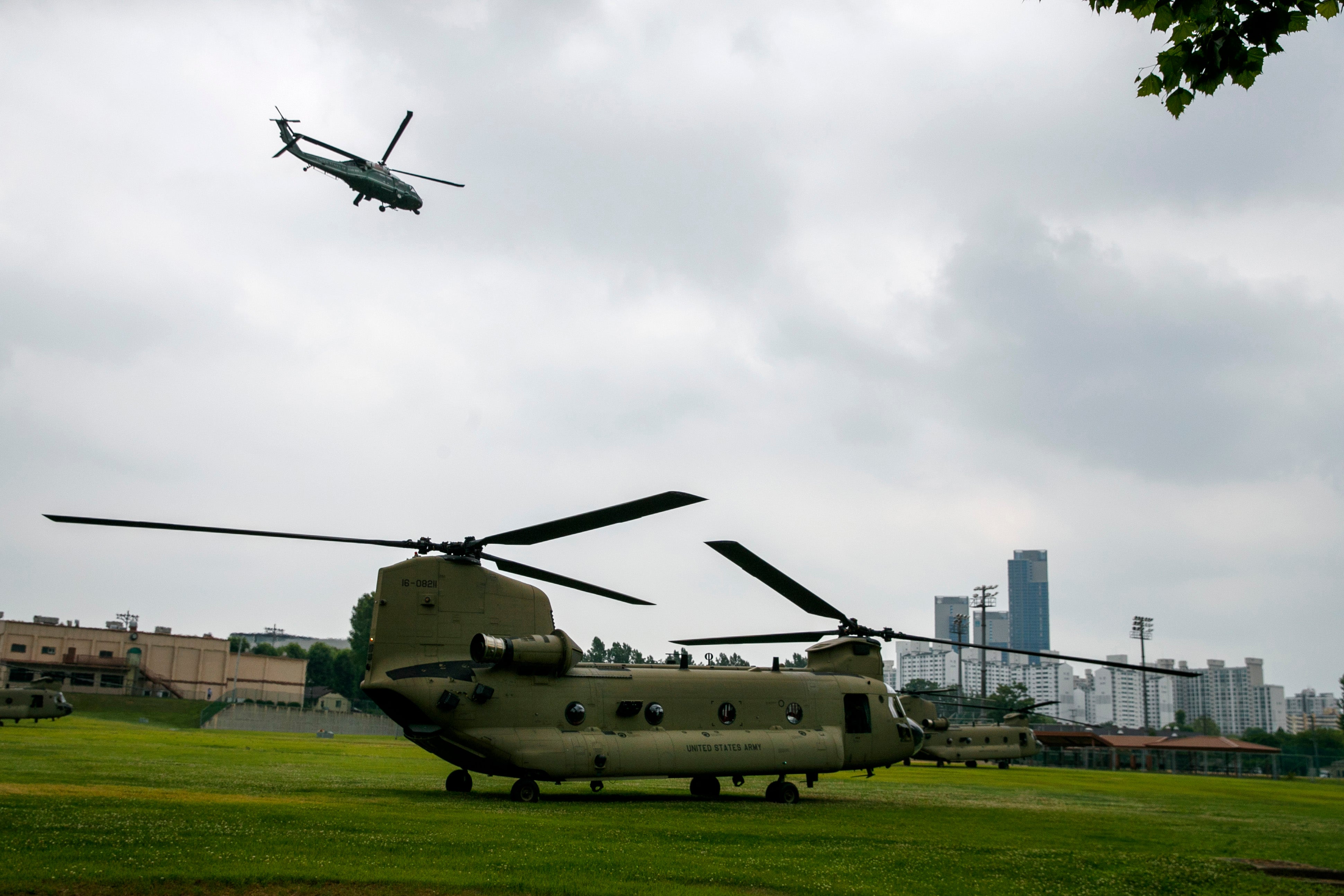 Trump departed Seoul aboard the Marine One presidential helicopter afternoon shortly after South Korean President Moon Jae-in announced that Kim had accepted Trump’s invitation to meet at the heavily fortified site at the Korean border village of Panmunjom.

Trump told reporters before departing that he looked forward to seeing Kim and to “shake hands quickly and say hello.” Trump was also expected to visit an observation post and greet U.S. and South Korean troops.

The meeting is set to mark yet another historic first in the yearlong rapprochement between the two technically warring nations. It also marks the return of face-to-face contact between the leaders since negotiations to end the North’s nuclear program broke down during a summit in Vietnam in February.

Moon praised the two leaders for “being so brave” to hold the meeting and said, “I hope President Trump will go down in history as the president who achieves peace on Korean Peninsula.”