Isko Moreno to Manila folk: Feel my presence, reach me via social media

MANILA, Philippines – Incoming Manila Mayor Isko Moreno on Sunday announced that his administration will adopt an “open government policy” and use “the power of technology and the reach of social media to crowdsource ideas and implement best practices” during his term as Manila’s 27th mayor. 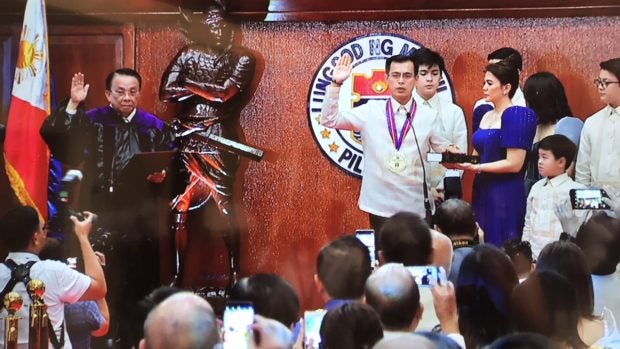 27th MANILA MAYOR. Isko Moremo takes his oath before Chief Justice Lucas Bersamin as the new mayor of the City of Manila on Sunday, June 30, 2019. Photo by Faye Orellana / INQUIRER.net

Moreno likened his administration to a “grassroots electronic democracy,” saying that if the public wants to win the future, “we cannot run on the software of the past.”

Moreno then assured the citizens of Manila that they will have access to the local government’s financial records, transactions and other documents.