Trump on possible Kim encounter: ‘He very much wants to’ 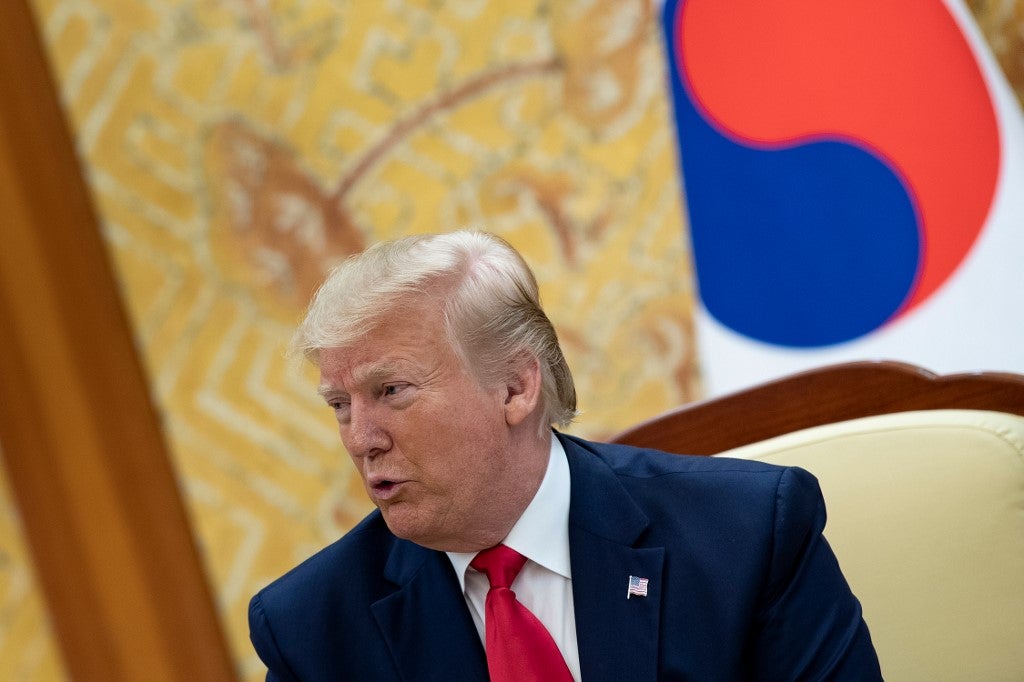 US President Donald Trump attends a bilateral meeting with South Korean President Moon Jae-in (not pictured) at the presidential Blue House in Seoul on June 30, 2019. (Photo by Brendan Smialowski / AFP)

SEOUL, South Korea — US President Donald Trump said Sunday that Kim Jong Un “very much wants” to meet him, a day after inviting the North Korean leader to “say hello” in the Demilitarized Zone that divides the peninsula.

“We’ll see. He very much wants to. We are trying to work it out,” Trump told reporters about a possible third face-to-face meeting between the pair after summits in Singapore and Hanoi.

“It will be very short but that’s OK. A handshake means a lot,” he added, with the encounter expected to last only a matter of minutes if Kim accepts the invitation.

South Korean President Moon Jae-in would accompany him to the DMZ, he told business leaders.

Trump tweeted the surprise invitation to Kim at a G20 summit in Japan and even a short meeting at the line dividing the two Koreas would be a remarkable diplomatic spectacle.

A February summit in Hanoi collapsed without an agreement and contact between the two countries was minimal in the immediate aftermath.

But an exchange of letters between the two leaders appeared to break the ice, culminating in Trump’s shock invitation for a quick handshake while he was visiting Moon on the way back from the G20.