‘The best is still to come,’ Palace says on Duterte’s 3rd year 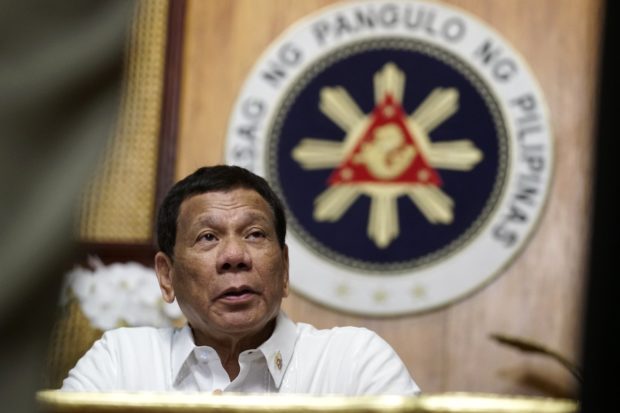 MANILA, Philippines — As President Rodrigo Duterte ends his third year as in office, presidential spokesperson Salvador Panelo has a message to Filipinos: “The best is still to come.”

“Tomorrow, June 30, 2019, we join the Filipino people as they celebrate the 3rd anniversary of Mayor Rodrigo Roa Duterte as our country’s 16th President,” Panelo said in a statement issued on Saturday.

Panelo listed Duterte’s accomplishments during the first half of his term as the country’s chief executive — including reduced crime rate and fighting prevalence of illegal drugs, and initiating strategies “to thwart the local communist rebellion from spreading and crushing attempts of terrorism originating from different parts of the globe.”

The presidential spokesperson noted, however, that the President’s achievements did not only revolve around peace and order.

“While the President has given priority to the improvement of peace and order in the country, he laid the foundation that will propel the nation to progress and reach new heights,” Panelo said.

For poverty alleviation, Panelo said Duterte signed the Pantawid Pamilyang Pilipino Program and the Magna Carta of the Poor.

Panelo added that thousands of overseas Filipino workers (OFWs) had also been repatriated and given assistance.

“The President has likewise distributed Certificates of Land Ownership Award (CLOAs) to thousands of agrarian reform beneficiaries and farmers. He has consistently pushed Congress to legislate for the return of the coco levy fund in favor of coconut farmers through a trust fund,” Panelo said.

In terms of economy, Panelo said the President helped in making the country “one of the strongest economies and growth leaders in the region, by changing its business climate that prompted the influx of foreign investments thereby ushering the Golden Age of Infrastructure in the country with his Build Build Build Program.”

“Under his leadership, the Philippines earned the highest credit rating in our economic history with a BBB+ upgrade from global debt watcher Standard and Poor’s,” Panelo said.

“The President has similarly intensified revenue collections of the government to new record-highs, including the collection of around Six Billion Pesos from Philippine Airlines for overdue navigational fees and the landmark settlement by the government of about Forty Billion Pesos with Mighty Corporation for the latter’s failure to pay excise taxes,” Panelo added.

Panelo added that the President has also “pursued an independent foreign policy by means of removing our country’s subservience to the West,” citing the return of Balangiga bells from the United States, and the reshipment of trash back to Canada.

The countries relationship with several countries, Panelo said, also improved such as Russia and China.

“During this time, he has also strengthened local domestic regions such as the signing of the Bangsamoro Organic Law (BOL) to transform Mindanao from ‘an island of promise’ to ‘an island of fulfillment’,” Panelo said.

Other achievements that Panelo listed included removing government officials for corruption or incompetence, responding to all letters addressed to Malacañang, launching of hotlines for citizen complaints, reduced government spending, and addressing environmental issues, among others.

“The President has done all these (and these are just some examples) in his three years of national service, while giving his critics and detractors the free space to air their grievances. Despite the political noise and virulent black propaganda against him and his family, initiated by his political enemies, he has not filed a single case against them,” Panelo said.

“Much has been done in the past three years. The Filipino people can expect the same number of significant achievements, if not more, in the remainder of the President’s term. Even as the majority of the Filipinos are in awe of PRRD’s accomplishments, the best is still to come,” he added.

President Duterte is set to deliver his State of the Nation Address (SONA) on July 22.