8 killed as bus flips on its side on NLEX 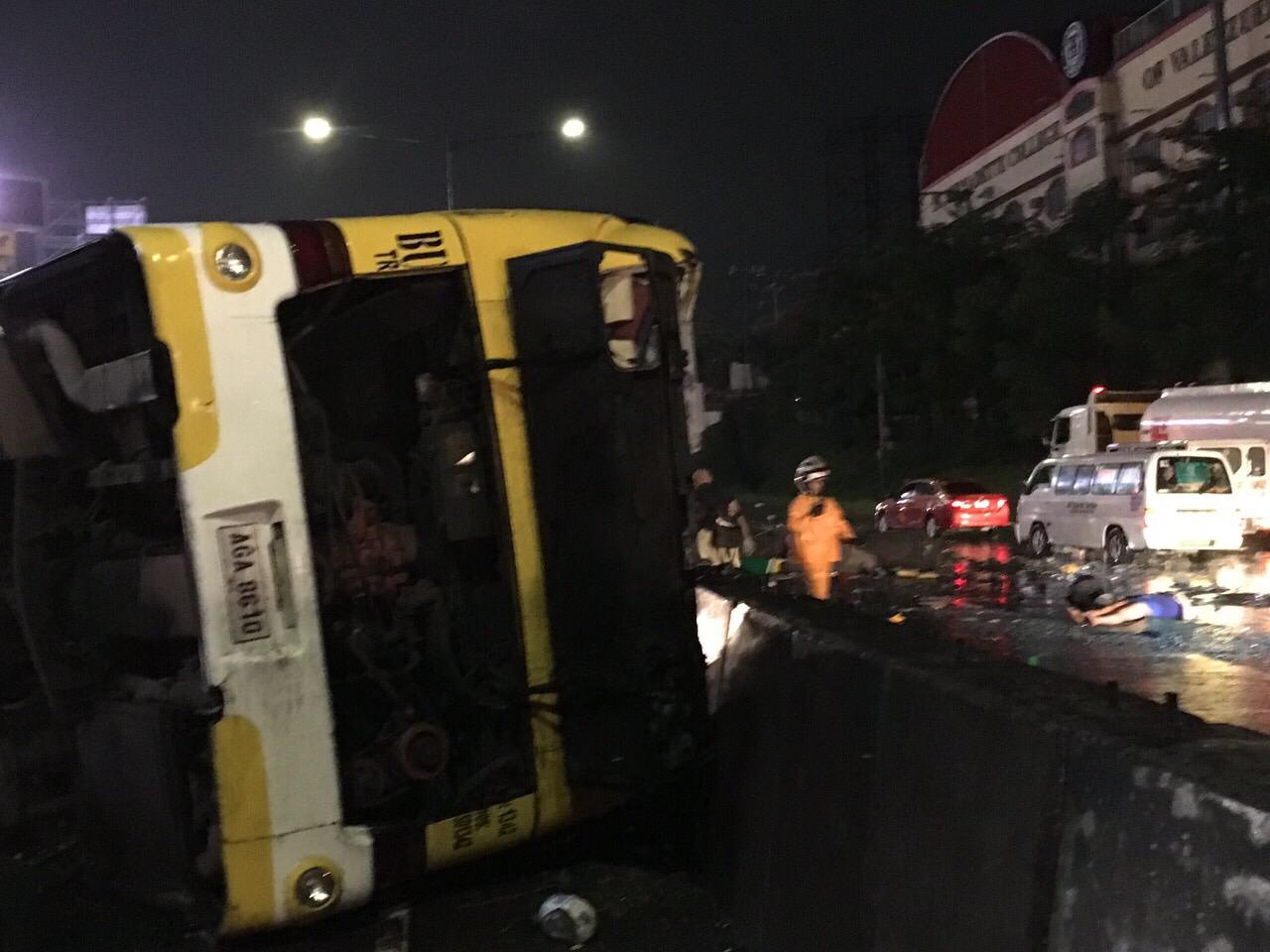 MANILA, Philippines — Eight people died and at least 10 others were injured after a bus flipped on its side along North Luzon Expressway (NLEX) Torres-Bugallon on Friday evening, police said.

In an initial investigation, the vehicular accident involved an Isuzu Crosswind driven by Marvin Sipat, 32, and Buenasher Bus driven by Victorio delos Reyes, 39.

Both vehicles were traveling along NLEX Southbound lane 2 when the Isuzu Crosswind slowed down due to heavy rainfall, causing the bus to slam into the rear of the Isuzu van.

This prompted the bus to turn left, hit the concrete median barrier along NLEX and flipped on its ride side.

Eight passengers of the bus died on the spot.  The 10 passengers injured, including Sipat, were brought to the nearest hospital. Eight other passengers are still unidentified.

Gaces said they are still receiving reports of injured passengers in the incident while further investigation is still underway.

As of 8:30 p.m., NLEX Corp. revealed that the vehicular accident affected the traffic flow after the Smart Connect interchange (southbound).

As of 8:30 PM, vehicular accident after Smart Connect SB affecting traffic flow on both SB and NB. Tail end at SB, before Valenzuela SB exit while tail end at NB, at Camachile. You may take alternate routes. Drive Safely! pic.twitter.com/QTLE2vWbhZ

It shared on Twitter a photo of the vehicle pile up at the northbound lane of the Balintawak Toll Plaza as of 7:29 p.m.

As of 7:29 PM, heavy traffic after Balintawak Toll Plaza NB due to accident. Please pass with care! pic.twitter.com/zFWcf7jyUa

Volunteers from the Philippine Red Cross also sent an ambulance to transport injured victims to the hospital.

We are closely monitoring a vehicular crash involving a passenger bus near Valenzuela Exit, Torres Bugallon, Northbound. We have dispatched 3 ambulances and a rescue vehicle, as well as alerted nearby hospitals. PRC is coordinating w NLEX for further actions. Updates to follow. pic.twitter.com/CdynhZnNDl

As of 10:50 p.m., NLEX Corp. said the bus was already recovered and is being transferred to the roadside.

All northbound lanes are also open to traffic while three lanes are open at the southbound section of NLEX. (Editor: Eden Estopace / Jonathan P. Vicente)

The bus involved in the accident has already been recovered and moved to the roadside. All northbound lanes are now open to traffic, while three lanes are open in the southbound section.@MMDA